The Magic of Philly Bongole Lutaaya: A Champion of Positive Living and Christmas Melodies

Born in Mengo hospital as Philly Misuserah Kivumbi Kifomusana Bongoley Lutaaya in October 19th 1951, Philly Lutaaya was a legend who not only championed the fight against Stigma amongst people living with HIV/Aids but also a man whose music still roars on radio waves 33 years after his demise.

Philly was the first prominent Uganda to give a human face to HIV/AIDS. He became the first Ugandan to declare that he was HIV-Positive in 1988 at the time when HIV carried a lot of stigma.

To many people they couldn’t believe that one could come out openly and confess to having acquired HIV/AIDS and majority thought it was a stunt to promote his music but soon he proved all of them wrong with his consistency in sharing his story and encouraging both the infected and affected to remain strong amidst the Aids challenges at a time when there was no ARVS and people still thought Aids was witchcraft. 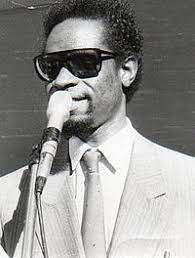 Philly’s openness not only shifted attitudes about HIV/Aids but also encouraged many champions to come out and openly talk about their status and follow his footsteps in fighting Stigma.

In his song ‘Today is me,’ Philly emotionally tells how he was a victim but also warns that it could also be someone else tomorrow and there was no need to stigmatize those living with HIV/AIDS because it could be anyone close to you or could even be you.

Too many too young to know Lutaaya from his HIV/AIDS advocacy against stigma messages, they know him for his music prowess which has outlived any other music ever produced in Uganda. Yes, his Christmas songs are played everywhere during the festive season and you only get to know its Christmas season when you listen to Philly Bongole Lutaaya’s Christmas melodies such as Merry Christmas, Zukuka, Tumusinze and others.

Although Philly spent most of his musical career in Sweden where he was a legend and a leader for a band group called the Savannah. One of his greatest hits “Born in Africa” Philly praises the beautiful, hospitable, peaceful and the all loving Africa. 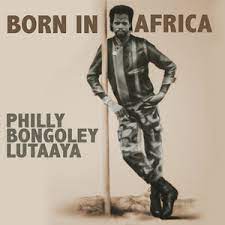 It has been 33 years since Philly Bongole Lutaaya passed on but his Musical legend and advocacy against Stigma for people living with HIV/Aids still lives on.

We wish you a Merry Christmas,

And a Happy New Year.