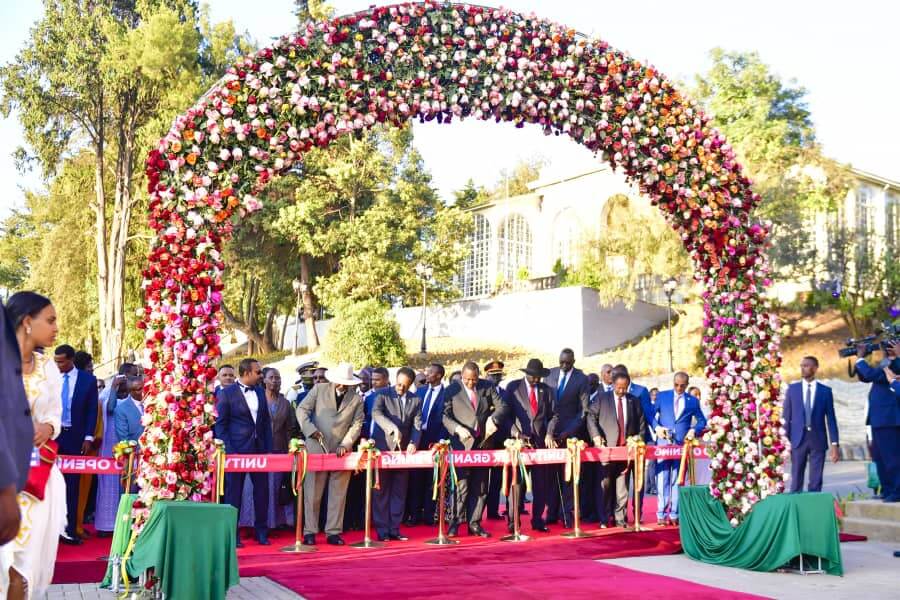 President Yoweri Museveni has praised the Ethiopian Prime Minister and his Government for accurately documenting the country’s recent history by inaugurating the Unity Park. President Museveni made the commendation last evening (Thursday) as he joined several other regional leaders to witness the colourful inauguration of the Park in the Ethiopian Capital, Addis Ababa.

Indicating that the project would foster unity in Ethiopia, President Museveni explained how his own government has been accommodative even of those who had previously opposed it, in what he called a “broad-based government.”

Unity Park was previously the palace of the 19th century famous Ethiopian Emperor Menelik the 2nd. Prime Minister Abiy Ahmed Ali’s government has refurbished and transformed it into a modern-day park that tells Ethiopia’s 19th and 20th centuries’ history.

Sitting on an expanse of 40 hectares, the Park has several attractions, including a life-size waxwork of Emperor Haile Selassie, who ruled Ethiopia from 1930 to 1974. It also features a museum, egg house, aquarium and a zoo. The Park, characterized by lush green belts and dotted with a modern irrigation system, will be open to the public at a fee in a move aimed at boosting domestic tourism.

For a Park estimated to cost US$160 million, the Ethiopian Government pulled all the stops to ensure it got the befitting inauguration it deserves. It was pomp and colour as Prime Minister Abiy received his guests:- Presidents Museveni, Uhuru Kenyatta (Kenya), Salva Kiir (South Sudan), Mohamed Abdulahi (Somalia) and Prime Minister Abdallah Hamdock (Sudan). Premier Abiy then took his guests on a guided tour of part of the Park before all of them moved to cut a red tape to mark the official inauguration of the facility.

Guests who had just been treated to a cocktail, were then ushered into the imposing banquet hall for a three-hour, three-course dinner with half of the time dedicated to music performances. It was a fusion of traditional Ethiopian music, contemporary tunes and some popular East African music. President Kenyatta could not help but drag his host, Prime Minister Abiy, to the dance floor when the band crooned the famous “Jambo Bwana” track, first sang in 1982 by the group “Them Mushrooms.”

Explaining the rationale behind the project, Prime Minister Abiy said the Park was a manifestation of the “Medemer” idea (or synergy), and symbolizes the “Ethiopians’ ability to come together for a common goal and cross the finish line by creating an exquisite lasting prints of our collective worth.”

President Kenyatta paid tribute to the Ethiopian Government for beautifying Addis Ababa City through the Park project and also saluted Prime Minister Abiy for the political reforms in Ethiopia. He said they were done with the desire to promote peace. 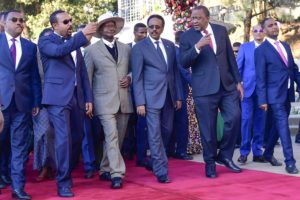 President Salva Kiir used the occasion to thank Ethiopia for supporting his country’s liberation struggle, saying that the South Sudan People’s Liberation Movement was born in Ethiopia in 1983.

Prime Minister Abdallah Hamdock of Sudan said his country was now stable and called for closer diplomatic relationship between Sudan, Ethiopia and the other countries.