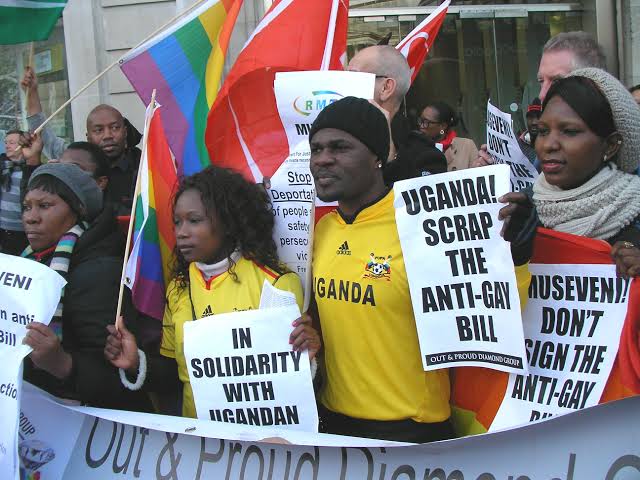 International media outlets have been awash with news of a murdered Ugandan Gay activist in Jinja.

According to the reports, the man was found dead in a pool of blood and was reportedly hit by a hoe that was found on the crime scene.

The reports also allege that the killing is part of a campaign by Uganda to rid of gays after reports that government intended to resurrect the Anti Gay bill.
However, this all reeks of desperate efforts by Pro Gay activists and media to soil the image of the Ugandan government.

The Pro Gay lobby has known vested interests in the governance of Uganda. They have a political party and leader in Robert Kyagulanyi to advance these efforts. The people power leader is coincidentally abroad meeting with these same funders and media outlets as part of his PR campaign.

Uganda is one of the most tolerant countries in the world and despite our anti gay stance, we have no law in place bar the Penal code that was brought by the British that bars unnatural sexual intercourse.

The loss of another Ugandan to violent crime gangs is regrettable. And it goes without saying that such acts shall not be tolerated.

The president has already instructed the Deputy IGP of Police to draw up a conclusive plan to get rid of these violent gangs and we are very hopeful that it shall yield results.

This development also shows that we have enemies within. They will do anything to tarnish the image of this country for selfish benefits.

The people power group has no development agenda for this country beyond advancing the interests of the Gay Lobby. They should be disregarded as such and stopped in their tracks before it is too late.