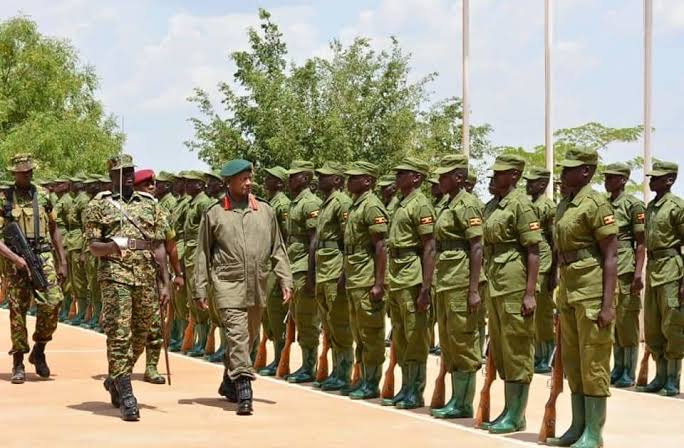 Forum for Democratic Change leader, Kizza Besigye has come out criticize the recent pass out of Local Defense Unit personnel by the President.

The former presidential candidate alleged that the LDUs would be used by the regime to secure and rig elections.

However it is clear that the pass out of these LDUs is a significant achievement by the government and has thus dealt them a bloody blow to the nose.

The LDUs are part of a ten point programme by the president alongside other initiatives such as the installing of CCTV cameras in urban centers starting with Kampala.

The LDUs are also expected to beef up security during the runup to the 2021 general elections. The opposition has already promised to cause chaos when they lose that election.

People like Robert Kyagulanyi have already started campaigns like “Twebelelemu” aimed at forcefully protecting their perceived vote while Kizza Besigye also launched the “Twerwaneko” campaign aimed at causing chaos in the aftermath of the election.

It is no wonder that the duo is so vehemently against these new security measures. The group would also prefer Uganda to fall into a state of lawlessness and pit the population against the government.