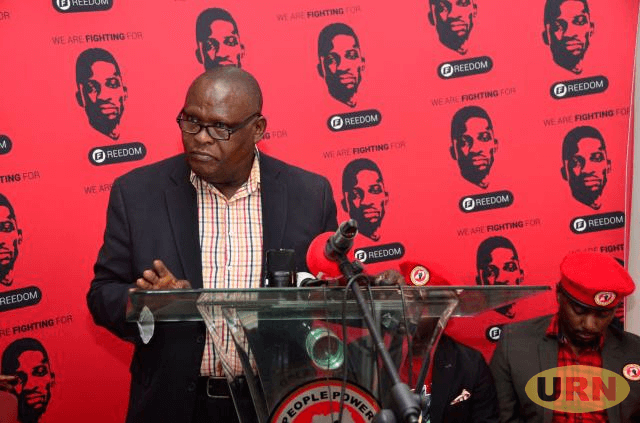 Former President of the National Unity Reconciliation Development Party- NURDP, recently rebranded as National Unity Platform-NUP, Moses Nkonge Kibalama has cried out seeking security protection for himself and his property following numerous threats on his life which he says he has been receiving from Hon Robert Kyagulanyi aka Bobi Wine.

In what Kibalama describes as life threatening phone calls, he says Kyagulanyi himself called him a few days ago telling him to retract his public statements if he still values his life.

“He was talking in his ghetto lingua. He called my name thrice then told me to eat my words before he comes for my head. It is upon these threats on my life that I ran to Security forces to seek protection,” says Kibalama.

A video had previously made rounds in the Media, of Kibalama saying he was reclaiming ownership and patronage of his former party because Kyagulanyi had breached their payment agreement.

Kibalama told this news site that he agreed with Kyagulanyi that upon completion of all formal processes of handing him his party, Kyagulanyi would promptly pay him $5BN hence seal the deal.

Upon two months of selling to him the party, Kibalama says, no single penny has Kyagulanyi ever paid to him as per the agreement, reason he is reclaiming his party, its symbols and instruments. 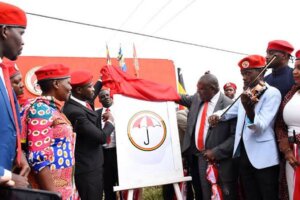 ” Kyagulanyi came to me with a good offer. I registered NURDP in 2004 but when he approached me that he wanted to buy my party at $5bn, I saw it as a good deal and that’s how I fell into the trap. It is a deal gone bad,” regrets Kibalama.

He says that since Kyagulanyi seems to be too broke to pay him the amount agreed, he is re possessing what belongs to him and there is no turning back.

Speaking to reporters yesterday at the Uganda Media Centre in Kampala, Brig. Flavia Byekwaso, the spokesperson of the UPDF said it is true sister security agencies are holding Kibalama for his own safety, declining to name who exactly were holding him.

Byekwaso clarified however that whoever is holding Kibalama is holding him for a valid reason because Security had received intelligence that his life was in danger.

“The presence of soldiers, the police and others at his premises I know is for a good reason. From what I picked, there were intelligence reports that indicated threats to his life and planned violence to his premises. So these are Security guards protecting his premises,” said Byekwaso.

She said Kibalama’ s life is now in safe hands.