During the handover event that was held at City Hall on Tuesday 22nd November 2022, Kisaka said that this is a policy change where all Government markets will now be under the management of KCCA. 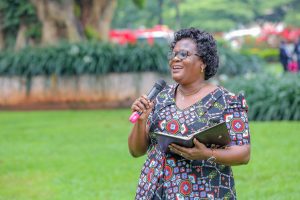 “This directive further stipulates that all Administration including collection of rental and other market dues derived from the mark will be under KCCA,” Kisaka said.

At the handover ceremony, each of the 16 Public market leaders presented the report to the ED highlighting their performance.

Kisaka while addressing the market leaders indicated that the Authority will be in charge of all revenue collections and other administrative issues. She added that vendors will also pay for utilities such as electricity and water through a mechanism set up by KCCA.

“However, the directives clearly states that there will be vendor’s committees for the self-help projects, conflict resolution, SACCOS, and government programs like Emyooga among others,” she stated.

Kisaka added that this is the first time KCCA will be fully in charge of collecting rentals and other market dues. 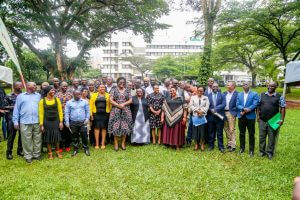 She assured the vendors that KCCA will deploy enough staff to ensure the markets operate effectively.

Kisaka asked the outgoing interim Committee leadership to remain as a team that provides feedback to the ED so that the markets in Kampala are managed effectively.

“No one should mistreat the outgoing interim Committee leadership, they did a great job and are still valuable to the transition period,” she said.

The Kampala Central Mayor, Salim Uhuru asked the outgoing leadership to support the smooth transition assuring them of consultancy work to the technical team as they are key stakeholders in respective markets.

Several outgoing leaders among whom is Susan Kushaba, outgoing Chairperson of St Balikuddembe (Owino) market thanked ED Kisaka for consulting them, and pledged support to the new Committees that would be introduced during and after the transition period.

The outgoing leaders also promised to actively support the implementation of the presidential directives.

Kisaka thanked the leaders for the service they have rendered for the period 2020-2022.