IPOD Summit: A Lost Opportunity for the Opposition 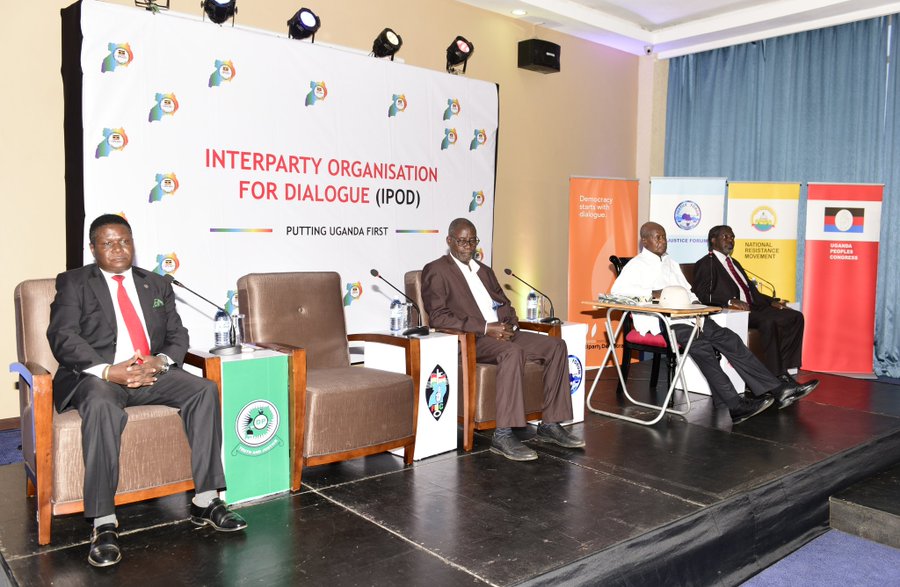 By skipping the recently concluded Inter Party Organization for Dialogue (IPOD) summit, the mainstream Opposition, Forum for Democratic Change (FDC) has continued its policy of disservice to the people of Uganda. This is mainly typical of the politics of FDC and the loose People Power coalition. FDC very well exhibited her politics of intolerance that characterizes her ideological ineptness.

NRM, the ruling party, as a political organization has its foundations rooted deep in dialogue. During the Moshi talks of the 1970s, after dislodging Iddi Amin with the UNLF, dialogue was an important factor that helped set the tone for the government that replaced the dictator.

The Opposition deliberately fails to appreciate the efforts and steps that have been taken to create such an environment for our peaceful political coexistence.

This blind expectation to simply have the existing regime ousted with no feasible plans of action is worrying.

Prior to the summit, Chairperson of the Inter Party Organization for Democracy (IPOD) Norbert Mao challenged President Museveni to show up and face the people. Museveni, being the extra ordinary leader he is attended because he values political dialogue as a means of co existence, albeit with divergent views.

During the dialogue, President Museveni reminded the Opposition jokers of the role they have to play in the development of this country even when they are not yet in government.

He gave an example of how he had engaged in development projects while still an Opposition politician in the 1980’s by convincing farmers in Ankole to stop nomadism in favour of settled ranch agriculture to improve their livelihoods.

The Opposition today is more focused on politics of violence and defiance. Discussions and negotiations have been relegated to the backdrop of our politics by these selfish self seekers.

The IPOD offers means through which political dialogue and reforms can be discussed and proposed for national adoption. FDC time and again has chosen not to be among the key influencers to this cause.

How then can we trust individuals who are unable to put political differences aside for the betterment of our nation? Are they more important than the President or the leaders of the other political parties that showed up? Are these the leaders we deserve? Are they are true reflection of what the people voted them for? Uganda cannot be thrown to the hands of these self-seeking people. Ugandans deserve better.

Uganda needs to demand for accountability from the supposed leaders. Riots and Slogans alone can not be the solutions to our problems.

We ought to learn from the humility demonstrated from those that showed up for this noble cause.