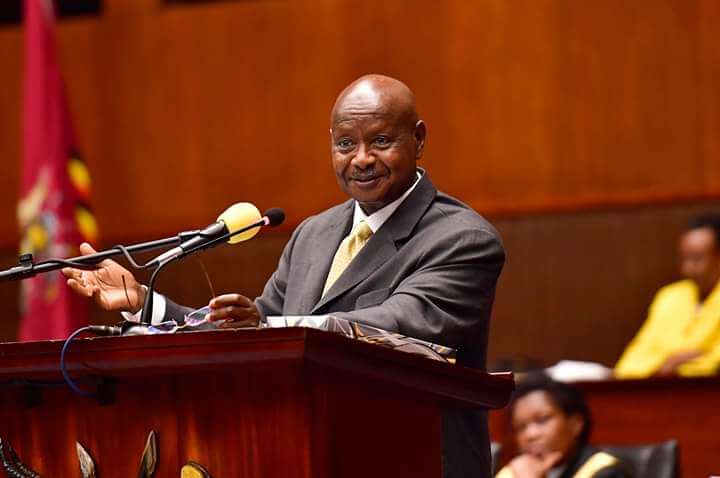 President Yoweri Museveni has described as hopeless Members of Parliament from the Opposition for failing to deliver services to their constituents because they claim they have no access to public funds.

While speaking during the 2019 State of the Nation Address at Serena Conference Center, the President re echoed this statement which he has consistently made during his nation wide wealth creation tours. 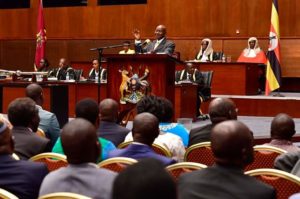 The President narrated how as a youth activist back in the day, he always mobilised people from his home area to adopt new development approaches such as zero grazing over normadism so as to adopt to society and global changes.

Museveni said that he was able to do this even though at the time he belonged to the Democratic Party which was an opposition party at the time.

He also took the opportunity to remind them of the harsh challenges faced by opposition politicians at the time compared to the freedoms enjoyed today.

The President faulted them for their never ending active involvement in destructive activities like riots and demonstrations rather than promoting development projects some of which could easily be sponsored by government. 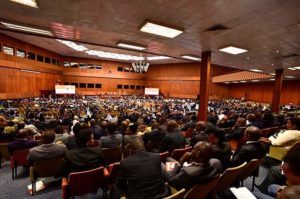 He also informed Ugandans on the steady growth of the economy which was estimated to be at a rate of 6.2%, one of the highest in the region and at par with some European countries over the past 10 years, leaving the country on course to achieve a middle income status earner by 2030.

The country’s GDP has also risen to $800 inspire of the fact that over 50% of the population is below 15 years and therefore incapable of participating actively in income generation activities which would then put our actual GDP close to $1400 USD.

Finance Minister Matia Kassaija is this coming week expected to read a 40.5 Trillion shillings budget, the highest in Uganda’s history, with the highest share going to Works on major roads and electricity projects.