The project works have begun with the monitoring process that commenced on Friday, October 21st October, in the sub-counties of Kanyantorogo, Kihihi, Nyakinoni, and Nyamirama. 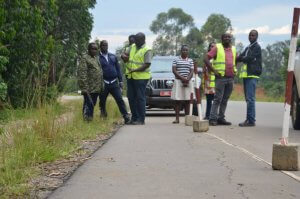 According to Eng. Michael Akankwasa, the UNRA project manager, various technical issues were raised during the monitoring process by the Deputy RDC Kanungu, Gad Rugaju, and other leaders from China Henan International Cooperation Group (CHICO), Snowy Mountains Engineering Corporation (SMEC) which UNRA promised to fix instantly and report back to the Deputy RDC’s office.

“During the monitoring process, the Deputy RDC and other leaders from CHICO and SMEC raised several queries, which we promised to address immediately and get back to the Deputy RDC’s office with responses,” he said.

The monitoring process follows a meeting held on Friday in the Deputy RDC’s office after several concerns were raised by district leaders and the locals about the poor state of the road, which is affecting them. 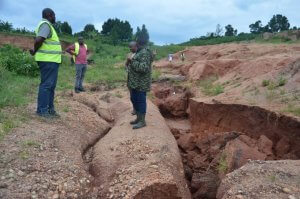 The meeting had Kanungu district leaders and representatives from UNRA, CHICO and SMEC engineering and construction companies.

Eng. Machael Akankwasa, the representative from UNRA, pledged to work upon the issues raised, like covering borrow pits and unlocking the blocked drainage. He also thanked the Deputy RDC for being pro-people and promised to collaborate with him to complete the construction work successfully.

Rugaju also applauded local leaders, contractors, and UNRA staff and called for a stakeholder engagement and teamwork to make the project successful and enable its sustainability.