The Ministry of Agriculture, Animal Industry and Fisheries through the National Agricultural Research Organisation (NARO) is in advanced stages of establishing a local vaccine manufacturing infrastructure at Nakyesasa in Wakiso District to produce vaccines for ticks, foot and mouth disease.

This was revealed on Wednesday, January 18th 2023 as the officials from the ministry led by Ronald Ssegawa Gyagenda, the  Undersecretary and Commissioner in charge of Finance and Administration appeared before the Public Accounts Committee (PAC) to respond to the Auditor General’s report queries for Financial Year 2020/2021.

“We have plans to have both anti-tick and foot and mouth disease vaccines manufactured in Uganda through NARO and the facility at Nakyesasa has been set up. We are going to produce a strain vaccine which can be multiplied, but we have fast-tracked the one for ticks which has become so serious and it is now on field trial before we roll out the complete manufacturing,” Gyagenda revealed. 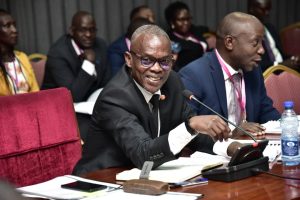 According to Gyagenda, the move by government to locally produce vaccines is aimed at providing timely supply to farmers especially whenever there’s an outbreak as well as reducing the costly expenses by government on importing these vaccines from abroad.

Uganda will become the third African country after Kenya and Botswana to locally produce the foot and mouth disease vaccines.

Once the vaccines are produced, ticks and foot and mouth disease will soon become history among the farmers in Uganda.

Views: 304
Previous article
Has FDC Outlived its Usefulness And is it Time for it to Disintegrate?
Next article
IMF Board Approves Shs 886bn Loan to Uganda