Uganda and Tanzania in a Fresh Agriculture, Immigration Deal 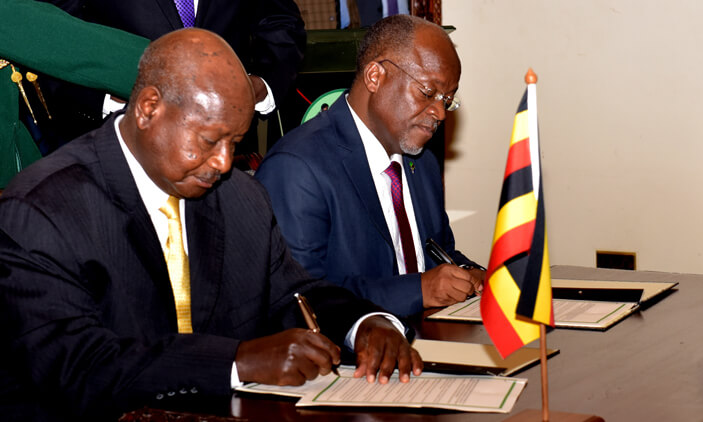 The counties signed three MoUs on the agriculture, immigration and correctional services sectors during the inaugural Uganda-Tanzania Business Forum in Dar es Salaam.

The two-day forum, held on September 5-6, was attended by Presidents John Magufuli and Yoweri Museveni.

Ministers, permanent secretaries and government technocrats also held meetings to iron out issues affecting bilateral trade, which has been on the decline.

Last year, trade between the two countries stood at $338 billion, but this year, it has significantly decreased to nearly $116.7 billion, according to Tanzanian authorities.

Uganda’s Private Sector Foundation called on Tanzania to remove all trade barriers and resolve not to introduce new ones as per the Common Market protocol.