The Parliament of Uganda has praised the late Serere County Member of Parliament Patrick Okabe for his exceptional leadership qualities during the special sitting on Thursday 22nd December 2022.

Okabe 65, who was also a Christian Bishop in Mbale died after his vehicle registration number UBK 995F was involved in a head-on collision with a Kenya truck registration number KCX 071K at Naboa along Mbale-Tirinyi road on Monday, 19th December 2022.

The motion to pay tribute to the fallen lawmaker was moved by the Prime Minister Rt Hon. Robinah Nabbanja before the Rt Hon Speaker Annet Anita Among. 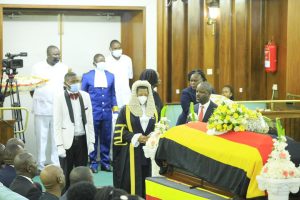 In her communication, the Speaker eulogized the late as a very peaceful and quiet man who loved the Lord to the extent that he had dedicated his life to spreading the word of God which exemplified in the different churches he founded in Mbale and Soroti. 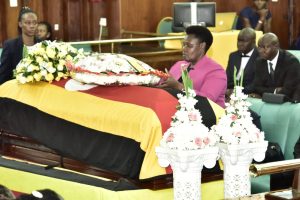 Jessica Alupo, the Vice President of the Republic of Uganda in her message, said that Okabe was a distinguished leader who served without discrimination.

“He served children, widows, elderly, women and men in their colors regardless of their party affiliations or creed,” the vice President said.

The Prime Minister revealed that the lawmaker was key in the women’s economic empowerment and the fight against malaria.

“Okabe was a diligent leader who served his country with devotion and integrity, and strongly advocated for women’s economic empowerment and the fight against malaria,” Nabbanja said. 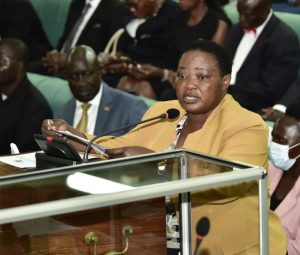 She added that as a devoted Christian faithful, he greatly contributed to the promotion and observance of Christian values of love, peace, faithfulness, ethics, integrity, generosity, hope, and respect as a means of transforming lives in Uganda.

Mathias Mpuuga, the Leader of Opposition described the fallen lawmaker as a man who believed in politics of sanity, and a peacemaker.

“His impeccable character as a man of God will live to inspire those who knew him,” Mpuuga said. 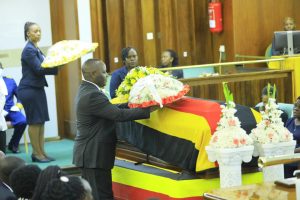 Among others were Cabinet and State Ministers, Members of Parliament from different constituencies who praised Okabe for being a unifier and great leader of his people the country would miss dearly.

Hon. Bishop Patrick Okabe has had a distinguished career serving in various capacities, both spiritual and political, in Uganda, including Member of Parliament for Serere County in the 10th and 11th Parliament. 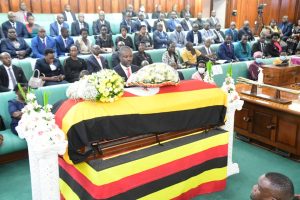 Okabe served as a member of the Committee on Public Accounts (Central Government) in the 11th Parliament.

He also served as Member of Committee on Public Service and Local Government, and Chairperson, Teso Parliamentary Group, in the 11th Parliament.