Relief Food Not For Poverty Eradication 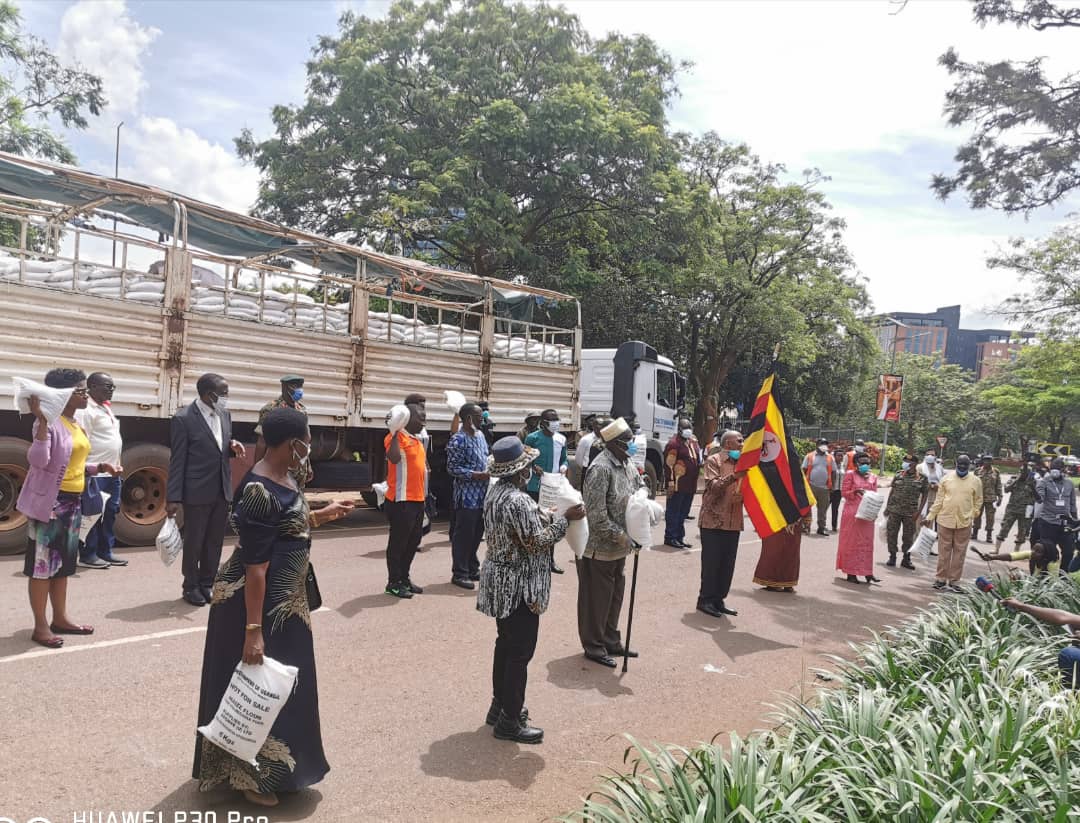 The government of Uganda is today set to start distribution of relief food items for people living in urban areas to help shield them from the effects of the Corona virus.

The President yesterday reiterated that the food is not meant to be a means of poverty eradication but meant to help people who are unable to work due to the lockdown and yet were previously living hand to mouth. The majority of these people live in and around Kampala and other urban centers countrywide.

A section of dimwit Ugandans especially from the opposition have hit out at the government effort. The urban centers are seen as there key bases of political support and had hoped to tap into the frustration of this pandemic to awaken political tensions.

The government also put halt to non coordinated food Distribution drives as they run the risk of spreading the virus to other people.

The food distribution is not meant to drive poverty out of Uganda and these target areas. The government has a number of poverty eradication drives such as youth livelihood fund, girl child program among others.

These programs will continue to run long after the Corona Virus is gone. Government critics saying that requests for relief items from successful corporations and individuals are a sign of weakness need to take a rest.

This is not their time. The world is much bigger than popularity and votes.