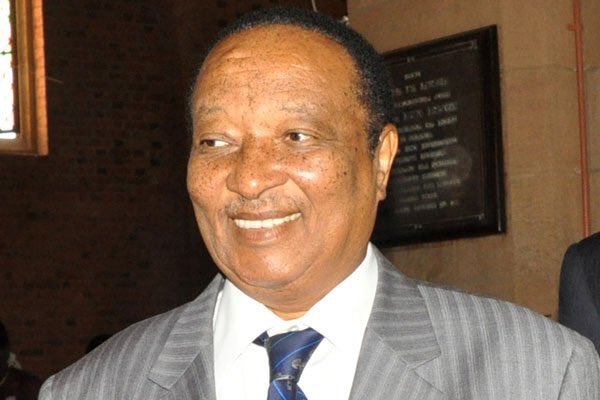 Prof. Apolo Robin Nsibambi was born on 25 October 1940 to Simeon Nsibambi. He was an academic, politician, father to many and a farmer.

Nsibambi was an intellectual, a very time- conscious gentleman, a rare attribute that at least almost everyone knew him of, un common to the African culture. He himself boasted of an attribute everyone else admired of him that made him a rare gem. He is quoted to have said;

“I have treasured effective time management. Indeed anybody who mismanaged time could never last in my office and I am delighted that the value of time management has been effectively marketed.”

He was a diplomat, moderator, an articulate speaker who would later go down in Uganda’s history as the longest serving Prime Minister the country ever had. 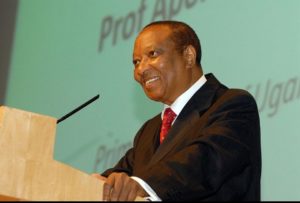 Nsibambi occupied the Office of the Prime Minister for 12 years, from April 1999 to May 2011. He had crossed straight from the world of academia into government without holding any national political office, and having never even stood for any significant political office.

He was, in 1996, drafted into cabinet straight from Makerere University where he was the director of the Institute of Social Research.

He served as Minister of Public Service until 1998 when he was appointed Minister of Education and Sports, and had held this portfolio for just a year when he was elevated to the position of Prime Minister, effectively becoming Leader of Government Business in Parliament.

Pundits say his appointment to Prime Minister could have been based on a combination of factors that the President and his Government saw in him at the time.

That he was a Muganda with strong ties to Mengo, that he had strong influence in the Anglican Church community; and that he was a universally revered person, being an accomplished academic with nobility of his own kind.

Nsibambi throughout his tenure never contested in elections, like many a politician, do. He always referred to himself as a technocrat Prime Minister, who owed his position not to politicking, but to expertise in government and leadership. He argued that keeping out of elective politics always enabled him to act in the interest of the nation without being compromised by constituents.

He will always be remembered for having promoted government positions through colourful oratory, in an exciting, warm and humorous manner.

He was a very smart man, having been often voted among the Best Dressed Men in opinion polls by many Ugandan Dailies.

Nsibambi is one of the few contemporary politicians who commanded a lot of respect among both members of the ruling NRM and the opposition. This was mainly because even as an NRM bigwig, he maintained a good working relationship with members of the opposition – always listening to them and according them respect.

He was moderate and non-partisan when debating issues. It is a no wonder that at his official send-off from the political arena, President Museveni in his farewell speech credited him for his relentless effort to establish harmony between Government and the opposition in Parliament. 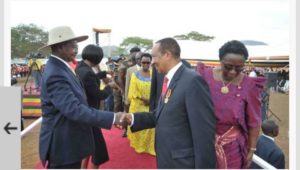 He is one of the very few government officials who came out to publicly to admit government mistakes in the handling of CHOGM funds.

Nsibambi is survived by a wife, Esther Nsibambi who he married in 2003 after the death of his first wife, Rhoda Nsibambi in 2001, and five children. According to Esther, he succumbed to Leukemia, a Cancer he has been battling for the last ten years. 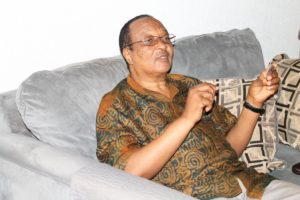 The country will indeed miss the nobility of a Statesman who diligently served with a clean record, in a political atmosphere marred by accusations and counter accusations of self- entitled and ego- centred political masqueraders.