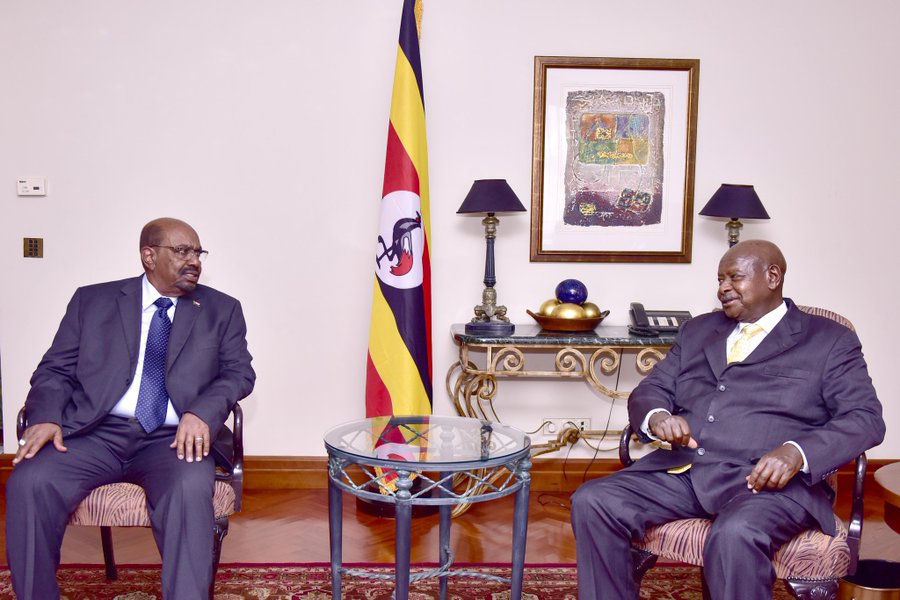 President Yoweri Museveni Arrived in Addis Ababa, Ethiopia ahead of the 32nd Ordinary Summit of the African Union Heads of State and Government.

The summit will focus on the refugee problem and how the continent can tackle it.

Shortly after arriving in Addis Ababa, Ethiopia, He met Mr Farid Fezoua and Mr Alexander Oketch, officials of General Electric (GE) Africa. Besides the other engagements the government already has with GE, the President said that Uganda shall also partner in developing and equipping its hospitals. 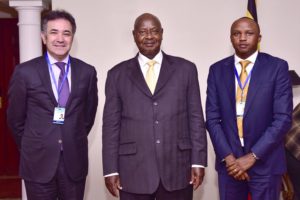 Museveni also met and held bilateral discussions with His Excellency, Field Marshal Omar al-Bashir of Sudan, on the sidelines of the African Union Heads of State Summit in Addis Ababa, Ethiopia.

The President also took the occasion to congratulate H.E. Abdel Fattah Al-Sisi for his election as new chair and join others in thanking outgoing chair, H.E. Paul Kagame for a job well done.