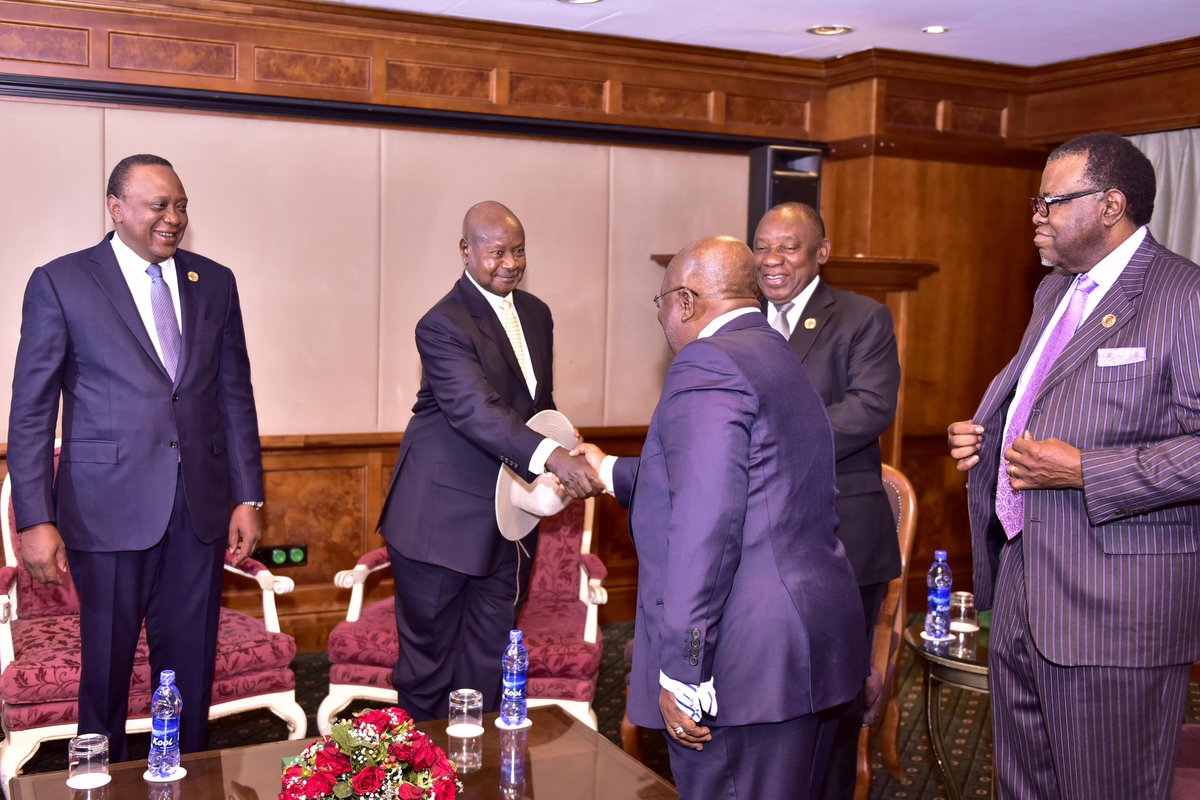 This morning President Yoweri Museveni attended a breakfast meeting at the Sheraton Hotel, Addis Ababa, where the African Union was observing the 400th Anniversary of the Trans-Atlantic Slave Trade. The president thanked President Uhuru Kenyatta for hosting the meeting.

According to a statement released by the President, he said;

“Africa’s problems have always been endogenous though exploited by exogenous factors. Outsiders have always taken advantage of our internal weaknesses to dominate us.

In Swahili, there is a word “Kulala” (or sleep). Africa was asleep by 1400. In 1460, the Portuguese had arrived in Sierra Leone. On Christmas Day of 1497, Vasco Da Gama was at the Southern Africa Cape, which they named Natal.

He later passed Mombasa before getting to India in 1498. This voyage opened up Africa, leading to slave trade and colonialism. But the African leaders of the time cannot go minus blame. It was clear a strong external force was coming, what were they doing to counter it?

Take Uganda’s example. The first white man would come in 1862, this was 364 years after Vasco Da Gama had made the voyage past Africa. And yet they found us still unprepared, conquering us with ease.

The big question then, for us contemporary leaders, is what have we done since independence to make Africa stronger and ready to counter any exogenous threats or shall we be caught napping like those tribal leaders of old?”

The president promised to also share a detailed presentation that he will make to the African Union Heads of State on the subject of political integration, where he is set to propose some answers to these questions raised above.