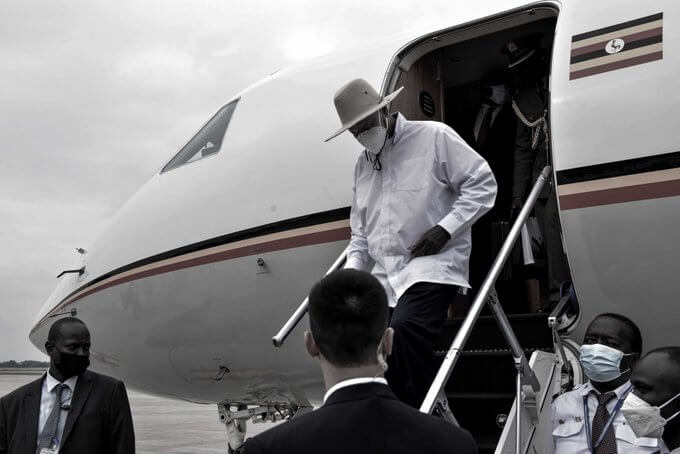 The streets of Hanoi, the historical capital city of the Socialist Republic of Vietnam are flying the Ugandan flags as the Vietnamese welcome the President of Uganda, H.E Yoweri Kaguta Museveni and his entourage of government technocrats and businessmen from the private sector. 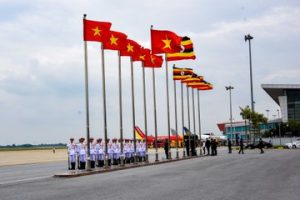 President Museveni arrived in the Socialist Republic of Vietnam for a 3-day state visit on Wednesday, 23rd November 2022, on the invitation of his counterpart H.E Nguyen Xuan Phuc to hold bilateral talks and other official engagements.

“I have arrived in Hanoi, Vietnam for bilateral discussions with my counterpart, H.E President Nguyen Xuan Phuc and other official engagements,’’ President Museveni tweeted.

President Museveni was received by the chairman of the Office of the President Le Khanh Hai, the Minister of State for Foreign Affairs of Vietnam at Noi Bai International Airport in Hanoi. 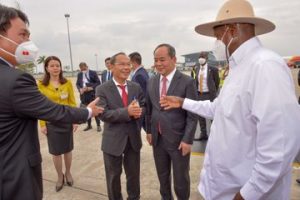 “H.E Kaguta Museveni received at Noi Bai International Airport in Hanoi. While in Vietnam the President is expected to among others engagements hold bilateral talks with the host President and witness the signing of agreements between the two governments,’’ State House Uganda tweeted.

The Key issue on the agenda is waiving travel visas for Ugandans and Vietnamese visiting each other’s countries, which will increase travel, market for goods and tourism in both destinations.

The visit also seeks to address several areas of cooperation at government level. The business community will stand to benefit more as already many Ugandans had started making ventures into Vietnam for business despite stringent immigration policies.

Uganda and Vietnam share a common history, whereas in Uganda there was a successful protracted peoples’ war from 1981 to 1986.

The key figure in Uganda’s war is President Gen. YK Museveni while on the Vietnam side we know of revered figures like Ho Chi Ming, Gen Vo Nguyen Giap among others who passed on recently.

Besides political history, Uganda and Vietnam are all tropical countries with similar weather patterns that define the people’s livelihood. Agriculture is the main stay in both countries.

However, Vietnam in the recent past has taken a big leap encouraged by the booming economies in the neighborhood, the thriving China, South Asian states of Malaysia and Indonesia have impacted the Vietnamese economy. The country has one of the fastest growing global economies.