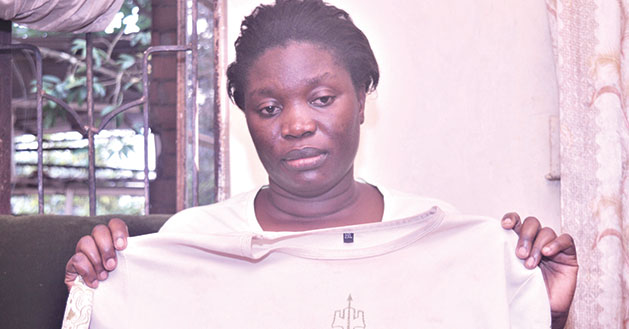 The media is awash with stories telling the ordeal of how Oprah Phoebe Kiddu was kidnapped but fresh news reveals that she is running away from her life of crime that has been successfully kept in the dark to the public.

Exclusive information reveals that Ms Kiddu is trying to solicit for NGO support by playing a victim of political invents and therefore be protected.

Phoebe is using the kidnap story which is suspected to be a framework to seek asylum abroad in a bid to run away from her crimes. Phoebe has been involved in cases of human trafficking and sex slavery at international and domestic levels. Seeing that the cover of political activism under the NRM defunct pressure group could not work, she was advised by her accomplices in the crime racket to find a way of joining them before she is arrested and made to reveal all the people she has been dealing with.

The only way to do that was to create a situation where she can move out the country on medical terms and the kidnap was arranged by her Ugandan accomplices to hoodwink the public and the security organizations.

However some whistle blowers who are her victims sex trafficking and prefer anonymity have come out to cry out that she be blocked from leaving the country before answering her cases.

When the Explorer team tried to verify the claims of the three females in their mid 20s, the Police refused to make a statement saying those were matters of investigation however, acknowledged a case of missing person that was registered with them. The Police also revealed that they are investigating her claims since she could not identify any of her captors, a thing that makes room for investigations in her alleged crimes of trafficking and intentions to elude them by running out of the country on claims of medical care.

We shall keep you posted on this story