Opposition at Crossroads Over Coffee Bill 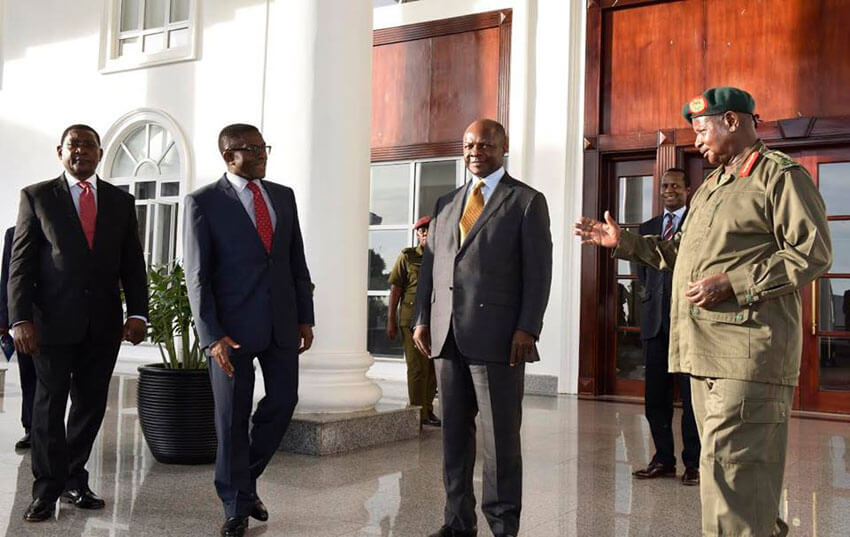 A lot of noise and dust has been raised over the proposed coffee bill 2018 with the highlight being the exchange between President Yoweri Museveni and the Katikiro of Buganda, Charlse Mayiga culminating in an apology by the kingdom prime minister of a viral social media which he denied being the author.

The president even went a step further and issued a stern warning against Mayiga in a follow up statement on making reckless, alarmist messages regarding the bill. The katikiro went ahead and made tribalist comments that cattle farmers too be registered under similar conditions in a deliberate swipe at the President’s cattle keeping background. Also the assumption that coffee growing is a preserve of the Baganda is not only misguided but deliberately diversionary and aimed at inciting the emotions of the local population. Coffee production has moved from the historical production of central Uganda to now being predominantly grown in uplands of Eastern and Western Uganda.

The dramatic events over the bill are nothing new in our political arena which has of recent been marred cheap populism which has over taken debate and due course in political discussions.

Sections of the opposition allege that with licensing, smaller players will be pushed out the business and agricultural practice. This raises queries on one level. The coffee industry is very critical to the economy of Ugandan and worldwide, the quality of coffee produced by a nation undergoes strict and extensive scrutiny with a few bad eggs in the tray enough to ruin the reputation of an entire exporting nation.

Whenever a bill is put up on the floor of parliament, it is open to debate on a political level and certain clauses can be amended or dropped from the bill. After this it is forwarded to the President who can either consent or dismiss it. If he does consent it becomes a law and becomes subject to legal challenges. All these are possible avenues through which due process can be followed rather than sensationalism in both formal and social media to cause undue uproar among the public.

Coffee is grown in 112 Districts, 88 Robusta only, 15 Arabica only and 9 Districts grow both Robusta and Arabica
with over 1.7 million households growing the Coffee with Average coffee farm sizes of 0.18 hectares. This indicates that coffee is a national economic activity and not a preserve and privilege of a select section of the country. Uganda has a Per capita consumption of 1.4 kg (provisional).

Coffee accounts for 18% of Uganda’s export earnings and represents less than 20% of the average family plot, but provides over 50% of cash income in an average year. Uganda accounts for 7% of global Robusta exports.

Clause 27 will require the Uganda Coffee Development Authority (UCDA) to establish and maintain a national register of coffee farmers with an electronic database maintained with all needful particulars of the farmer. This will enable the authority to follow up of farmers and their produce and simplify extension services.

Clause 28 talks about de-registration and mandates UCDA, after being satisfied that a registered coffee farmer has failed to comply with the terms and conditions of registration to strike off them off the database, but that such a farmer will have an opportunity to appeal to the minister. This means that although farmers can be taken off the database, they will still have an avenue through which they can appeal and have their status reversed.

This shows what is at stake if regulation and standards are not properly enforced in the industry. The opposition in Uganda and elements of failure are always quick to jump on the next hot item to discredit the government often by picking up on issues that are emotionally charged so as to gather support from the population. Such tactics shall continue to fail as in this case farmers in Uganda continue to rip from the benefits of quality production and the government remains committed to improving their livelihoods through improved regulations and standardization.