Social Media and the Advent of Cheap Popularity in Ugandan Opposition 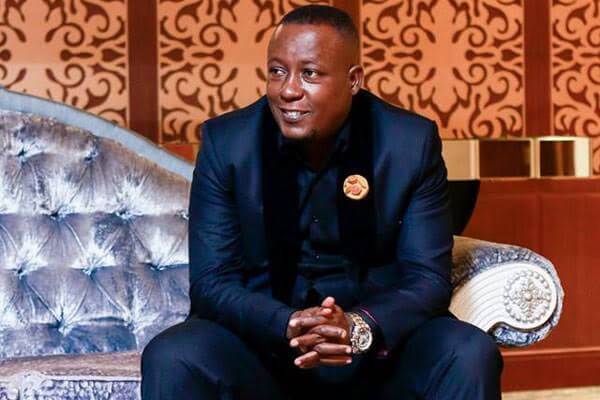 Popularity contests continue to undermine opposition politics in Uganda, blinding many opposition figures and intellectuals from reality.
Society is obsessed with public opinion forgetting that leadership has never been about popularity.

The lack of meaningful political ideology with concrete policy alternatives to the NRM has seen many elements of the Opposition resort to colorful rhetoric, dogma and sloganeering in search of cheap popularity that can be converted into political capital.

Despite the successful elections of celebrity populists such as Hon.Kato Lubwama of Rubaga South, Hon. Robert Kyagulanyi of Kyadondo East Hon.Judith Babirye among others, popularity is not leadership.

When leaders choose to make themselves bidders at an auction of popularity, their talents, in construction of the state, will be of no service. They will become flatterers instead of legislators; the instruments, not the guides of the people.

Opposition leaders in Uganda subscribe to the ideology of popularity. They are convinced that election popularity is largely a matter of which candidate hires the most creative and effective propagandists.

Rather than engaging the public in constructive conversation and dialogue, elements of the Opposition resort to social media platforms such as Facebook and Twitter where they peddle lies and political propaganda to gain undue political capital. They tell lies to win cheap popularity with a hidden motive of diverting the country’s course of development.

The Computer Misuse Act of 2011 in section 25 defines offensive communication as;
“Any person who willfully and repeatedly uses electronic communication to disturb or attempts to disturb the peace, quiet or privacy of any person with no purpose of legitimate communication whether or not a conversation ensues, commits a misdemeanor and is liable on conviction to a fine not exceeding twenty currency points or imprisonment not exceeding five years or both.”
Kabuleta has made it his mission to embark on a vicious social media campaign against the person of the president authoring narratives critical of the ruling establishment and the first family.

Kabuleta uses his Facebook page to post offensive narratives under “Joseph Kabuleta’s weekly Rant Returns”. These rants involve messages that are false and acrimonious in nature and often characterized by inaccurate hypothesis that can cause chaos in the country.
Kabuleta published on Facebook on July 8th, a deceptive narrative titled, “Mafia Empire and the transition” where he used disrespectful language against the president and his family, defaming the first son, Lt.Gen. Muhoozi. Kabuleta was in search of cheap popularity by attacking the president of Uganda dully elected by majority vote.

This band wagon recently jumped on by Mr.Kabuleta also has on board, the disgraced Makerere University research fellow Dr.Stella Nyanzi who in September 2018, published an impudent poem insulting the peace and privacy of president Museveni and his late mother, Esteri Kokundeka.

Dr. Nyanzi clearly has no knowledge on the components of political discussion and targeted the president in search of cheap popularity. Nyanzi also described the president as “a pair of buttocks” in 2017.Nyanzi is currently on remand in Luzira prisons pending her trial in the courts of law.

Cheap popularity is being used to attract an army of followers on social media. Opposition pretenders like Mr.Mukasa alias Bajjo, Robert Shaaka alias Tom Voltaire Owakalinga(TVO),Mr.Mulangira Hope Kaweesa among others are deceitful elements whose mission is to fool Ugandans.

Their motives are evil as they seek cheap popularity as a way of attracting media attention from issues and garnering donor funds from western governments that are often interested in regime change in the developing world.

The Opposition in Uganda is suffering from self-defeat as it clearly knows that it cannot win an election with Mr. Museveni on the ballot.

The Opposition has resorted to propagandism hiring propagandists to propagate lies on social media. These group of “Banyampi” forget that Ugandans are only interested in peace and development which Mr. Museveni and his NRM government have been able to guarantee for the last 30 years.

The Opposition will continue to concoct narratives on social media with the intention of attracting political sympathy and cheap popularity.

People like Kabuleta feed the public with false information. They are of view that ranting on social media is political activism.
The end product of this desperate attention seeking campaign is acrimony, bigotry, sectarianism which will tear the moral fabric essential for maintaining national unity and harmony.