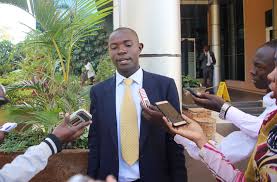 The court East African Court of Justice has accepted to commence the hearing of a petition by Mabirizi against the constitutionality of Changes made in Uganda’s Presidential term and age limit.

It should be noted however that Mabirizi’s major agenda in the case is to block the electoral commission road map towards the 2021 elections.

In his application, Mr Mabirizi wants the East African Court of Justice (EACJ) to halt the implementation of the Uganda Electoral Commission Strategic Plan and Road Map for the 2020/2021 electoral period.

His plan is to block the 2021 constitutional general elections. The questions to ask are vehement of interest to the common man and peace lovers of the Republic of Uganda. Who is Mabirizi working for? Is he really anti-Museveni or is he playing the cat and rat chase game to earn some money from the regime? Is he working for fame?

One doesn’t have to answer those rhetorical questions but should open their eyes towards the direction of a peace-loving Ugandan. First, the case had been resolved in Uganda High court and then later last year was denied a hearing in the EACJ. It is a clear indication that Mabirizi’s move is to seek for attention.

Good enough whereas the EACJ has accepted to commence on hearing of the case, it has declined to issue an injunction stopping preparations for the Uganda elections.

In a bit, let’s think of what would happen if Mabirizi wins the case. The electoral commission would be blocked from preparing the general election. Enough money has already been spent on the exercise. That would mean a loss of tax payer’s money due to one attention seeker. Implications are not limited to that but any that you may think about is anti-democracy and the effects are very negative.

It should be remembered that Mabirizi trades in controversial cases and in most cases losses. An example was the case against the Kabaka of Buganda in which he claimed to be representing squatters and tenants on his land which later turned out that he was doing it without their consent.