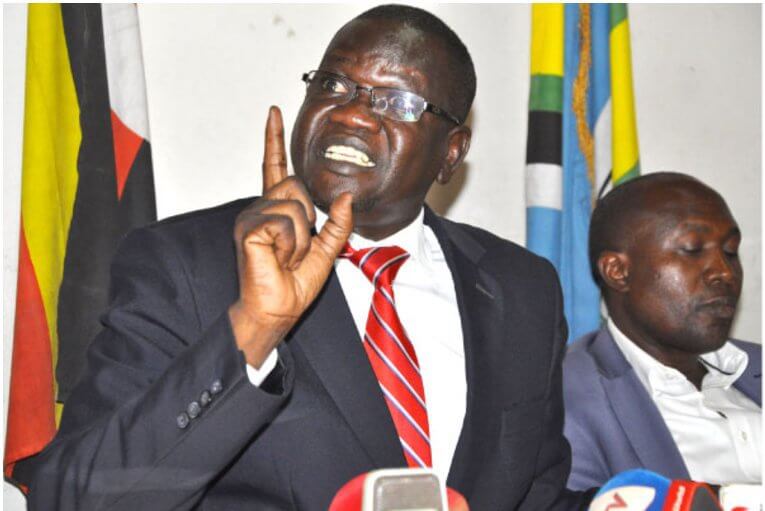 On 26th September 2021 Saturday, Patrick Oboi Amuriat, the FDC president speaking in Rukungiri District, anticipated that the forth coming 2021 General elections will be marred with violence and chaotic events.

Whereas he bent his analysis to the NRM primaries recently concluded, information has it that violence and chaos is part of plan B for the FDC and opposition to disterbilize people and Uganda during and post the 2021 elections.

Following the failure of FDC die hard Winnie Kiiza from going through the party primaries, Amuriat went to Rukungiri to harmonise its distgrantled members who are dying with bitter fights.

Winnie Kiiza is accusing the FDC General Secretary Nandala Mafabi for sidelining her and not listening to her plea for justice after petitioning the party following her loss in the July primary elections. This feud has gone deep that it is splitting up the FDC big fish.

In a bid to hide in fights of FDC, the opposition has taken on the intention to divert the public attention from focusing on the rot within, but to give them an impression that all they have to do is to engage in acts of violence.

The saddening fact is that as the public and the common man, we sometimes fall prey to these cheap popularity tactics leaving us the victims when the events backfire. Instead of inclining the masses to democratic thinking, they are radicalizing the masses to terrorizing themselves by putting businesses to halt and engage in violence and riots.

It explains some of the reasons why some of the big brains like Mugisha Muntu could not handle the hit of misleading masses to a state of unrest and decided to quit.