If You Can’t Beat Them, Join Them- Kibalama asks Bobi Wine to join Museveni campaign team 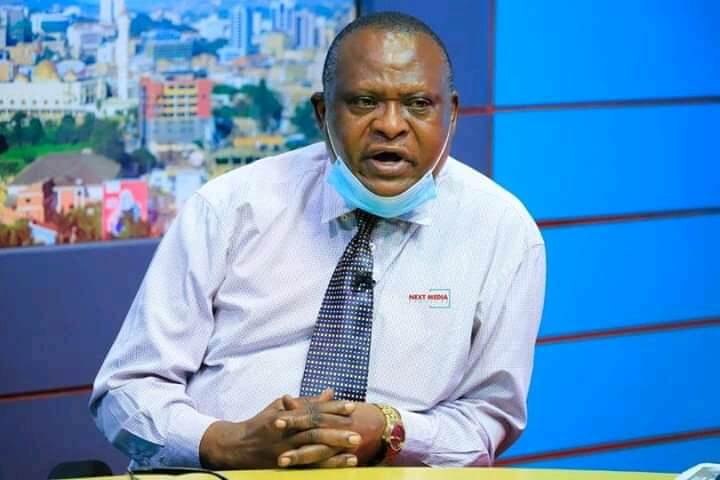 “President Museveni is a genius. We had Governments that lasted days and months but he has held the country together for 30 years. He is a blessing. If he invites me to his campaign team, I will join him. I call upon Bobi Wine to stop day-dreaming and do the same.”

Those were words of Moses Nkonge Kibalama, President National Platform (NUP), a party he has since reclaimed after Kyadodndo East MP Hon Robert Kyagulanyi aka Bobi Wine failed to pay him 5Million Dollars for change of its leadership.

Kibalama who was appearing on one TV talk show in Kampala on Monday asked Bobi Wine to quit “his comedy and his wishful amateur games” but rally his support for President Yoweri Museveni.

“This young boy should leave his comedy and come on board so that we rally our support for President Museveni. If he failed on his promise to pay me up for my party, how then can he promise Ugandans, inexperienced as he is, that he would stir forward any issues of national importance? Kibalama rhetorically doubted.

Kibalama rubbished Bobi Wine of rubberstamping the Memorandum of Understanding they made in haste and making him commit political mistakes which he says he regrets.

“Bobi Wine and his gang came to me boasting how they were going to join my party as a platform to take national issues forward. Weeks later, I come to understand that I had teamed up with a gang which is incapable of anything.” he said.

Kibalama said he did not build NUP to fight Government and the Head of State but he formed it as another political platform.

When you head a political party, you have an urge to get more members. You allow in as many as possible. I intended to have people come in and energize the party. I was very hopeful.”