The East African bloc yesterday announced that it is seeking to hold peace talks as a significant move to iron out military conflicts in the Eastern part of the Democratic Republic of Congo (DRC) where the M23 rebels clashed with troops in the North of the key city of Goma over the weekend.

According to the army sources, the peace dialogue is set to occur on 21st November 2022 in the Kenyan capital Nairobi.

This comes after the Congolese army toiled to engage the M23 rebel group in Mwaro, a village about 20 kilometers north of the most strategic commercial hub of one million people.

On Friday 11th November 2022, there were heavy military confrontations between the Congolese army and the M23 rebel group in North Kivu which caused power disruption in Goma city.

“We woke up to fighting this morning,” an army official said on Friday.

However, the East African Community (EAC) has not yet revealed how long peace talks are scheduled to last and who to be on front-line.

In June this year, seven nations of the EAC agreed to create a regional force to restore peace in the DRC after M23 captured the strategic town of Bunagana on the Ugandan border. 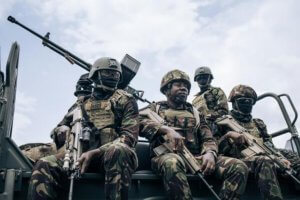 This was after the Kenyan parliament approved the deployment of over 900 troops to the DRC as part of a joint military force from the East African Community.

Since the conflicts emerged in the DRC, Uganda has been on the front-line of fostering peace in the country as part of the regional forces.

Uganda’s most recent achievement in the DRC is the ending of ADF terror activities which had not only caused insecurities in DRC but also in the entire East and Central African region. 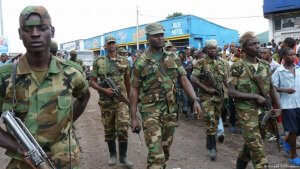 The United Nations humanitarian agency Office for the Coordination of Humanitarian Affairs (OCHA) estimates that recent fighting in North Kivu has displaced over 188,000 people who most of them seek refuge in Uganda and other neighboring countries.

EAC leaders hope that the forthcoming peace talks in Nairobi will yield everlasting peace in the Democratic Republic of Congo.