The Government of Uganda used diplomacy and engaged the UAE Government to deport stranded Ugandans safely back home. The UAE Government then offered them free air tickets to return home or face imprisonment for illegal stay.  By the end of October, about 900 illegal immigrants were safely deported to Uganda.

Following the above developments, the trio capitalized on the above to hoodwink naïve Ugandans that Bobi Wine was actually the one facilitating their deportation costs. Part of the ploy was to manipulate the deportees with an incentive of Ugx. 100,000 so that they make defamatory statements against the UAE and Ugandan governments.

As Government repatriated back the illegal Ugandan migrants from the UAE, Bobi Wine was left with nothing to write home about. Since it was not his mandate, he could neither facilitate the Ugandans back home, nor has he given accountability for the donor money he received.

A section of NUP legislators led by Hon. Medard Lubega Sseggona, Busiro East MP and  Hon. Kazibwe Bashir Mbazira, Kawempe South MP want Bobi Wine and his counterparts to account for the donor funds received in the name of repatriating Ugandans from the UAE. 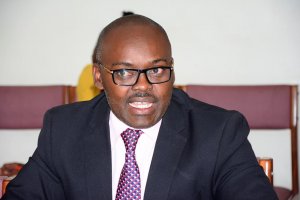 “We want them to breakdown the money that was contributed and the whole expenses of the so-called repatriation process. The trio are concealing the information which is recipe for disaster for the party,” said Ssegona.

Ssegona says Bobi Wine mobilized all NUP MPs and well-wishers who raised money for the exercise which never was. He says the NUP Parliamentary Caucus alone mobilized Ugx34M yet funds from other well wishers have never been disclosed to the public.

“The party received Ugx 34M from all NUP MPs. All we want is accountability and transparency in the process,” adds Sseggona.

The whole NUP scam of repatriating Ugandans has not gone well with a section of Ugandans who say Bobi Wine, Rubongoya and Nyanzi have capitalized on it to make a kill from the donors.

“’They stage on camera veiled people claiming they have repatriated them back. Why don’t they want us to see their faces? It is a scam,” says a one Moses Nambale, a Kampala resident.

Last week, Rubongoya took to his Twitter account to explain that they are keeping the process confidential so as to deter State interference, before he got a backlash from disappointed ‘tweeps’.