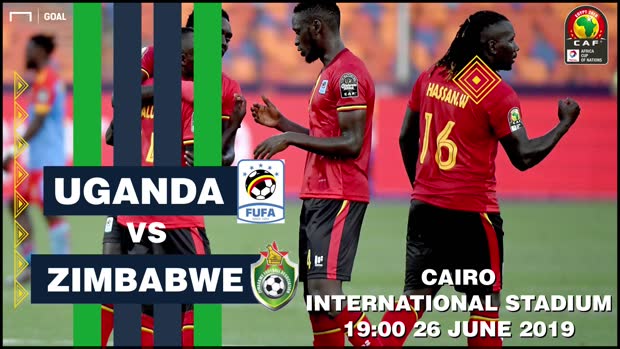 Following the historic win by the Uganda Cranes against DRC’s Leopards that ended 2-0 in favour of Uganda, excitement and jubilation mixed with a wave of new hope filled the masses of the matooke republic.

The question remains whether Uganda cranes can keep up to that standard and move past the group stages.

The coach of the Uganda Cranes Sebastian Disabre said that in today’s game, they are eyeing to attain the maximum points against the Zimbabwe Nation Team.

He however acknowledged that Zimbabwe is a dangerous team and cannot be underestimated.  “Zimbabwe are a good team and have good individual players but we shall fight to the maximum,” Disabre said.

He also revealed that in Todays game which will be played today at 8:00 Pm in Cairo,  Uganda cranes is eyeing Abdul Lumala a 21 year old forward whose tactical skills they will rely on to crack down Zimbabwe.

Desabre said that against a team like Zimbabwe, Lumala will be key in taking the team forward.

The 21-year-old, whose football career has grown from Sweden in Syrianska FC, had a good game on Saturday before being taken off in the second half for what has turned out not be an injury, which makes him available for today’s game.

Meanwhile the Captain of Uganda Cranes Denis Onyango said that he well knows most of the Zimbabwe players but that doesn’t give them advantage.

The Uganda players seem to be motivated and the team is expected to dig deep in that mood to beat their opponents who lately were complaining of poor facilitation, a thing that people say is bad for Zimbabwe.

Why People Power Opportunists will Struggle to Win Power

The Internet and Mass Protests