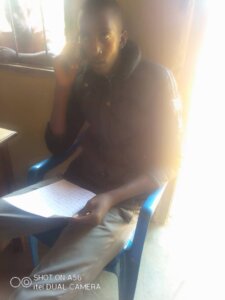 The duo has been sending threatening messages to the residents and  demanding Shs 100,000.

They were  found armed with machetes but were arrested as they planned to attack.

They would send messages that read;
“Give us 100,000, send the money to this number or else you risk losing your life,” says one of the residents.

“It’s true we were in the process of executing a mission of attacking the residents,” Rwitare confessed.

The suspects are currently being held at Gomba District Police Station as investigations are ongoing.

Threatening messages have been reported recently in Masaka, Lwengo District, Rubaga Division, and the neighbouring sprawling suburbs of Namugongo and Nansana in Wakiso District.

Police have warned other intending perpetrators that there are plenty of appropriate lawful ways to express their  displeasure about anything but without inciting  panic and sending threats to kill which is unacceptable.