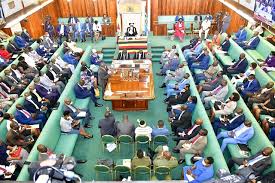 The Uganda Human Organ Donation and Transplant Bill 2022, passed last September gives a sigh of relief to many Ugandans. The bill seeks to establish a legal framework for the regulation of organ, cell and tissue donation and transplantation in Uganda. It was tabled by Health Minister Hon Jane Ruth Acheng.

According to the bill, any person involved in selling, buying, arrange for trade, harvest and transplant an organ that was sold or bought and any hospital that conducts organs transplant services, where there was an exchange of money commits an offense. There must be consent for every harvest from the donor and recipient.

Hon Aceng says the demand for organ transplants was high but there was no law in place, hence the bill will permit the donation and transplant of human organs.

The bill establishes the Uganda Organ and Transplant Council to oversee and regulate organ and cell donation and transplants. For every organ harvest and transplant to happen, there must be authorization by the Council.

There has been a public outcry in Uganda about the extraction and sale of organs and tissues from unwilling donors, therefore, the bill is good news to many a Ugandan.

Grievous stories have been told about organ harvests around the country.

Earlier last month, 25-year-old Muhammad Kabanda accused Old Kampala Hospital of harvesting his left kidney when he went for treatment of injuries he sustained during an accident.

He opened a case with Old Kampala police station alleging that his left kidney was removed but as Police launched investigations into the matter, it was established that Kabanda was born without the second kidney, according to Dr Moses Byaruhanga, the Director of Police Health Services.

Assuming Kabanda’s claims were true, anyway, this passed Bill would form a basis for his legal redress.

Similarly, a one Ronald Magala from Kiboga who claims he was working in one of the farms of a rich man lost one of his kidneys in ignorance.

Magala says he was promised by his boss a very good sum of money if he surrendered one of his kidneys. He told him that the body only needed one kidney for the second one was just a spare.

The Human Organ Donation and Transplant Bill 2022 is therefore here to act as a lee way for redress for the likes of Kabanda and Magala.

The bill imposes a life sentence for anyone who removes an organ, tissue, or cell from a living donor without consent or authorization and prohibits the sale of organs for financial gains.  It also has life imprisonment with no option to pay the defendant’s way out for child organ traffickers.

The Uganda Human Organ Donation and Transplant Bill 2022 is opportune to vulnerable Ugandans who need protection from unscrupulous organ trade, a right to donate own organs and a ground to be heard.