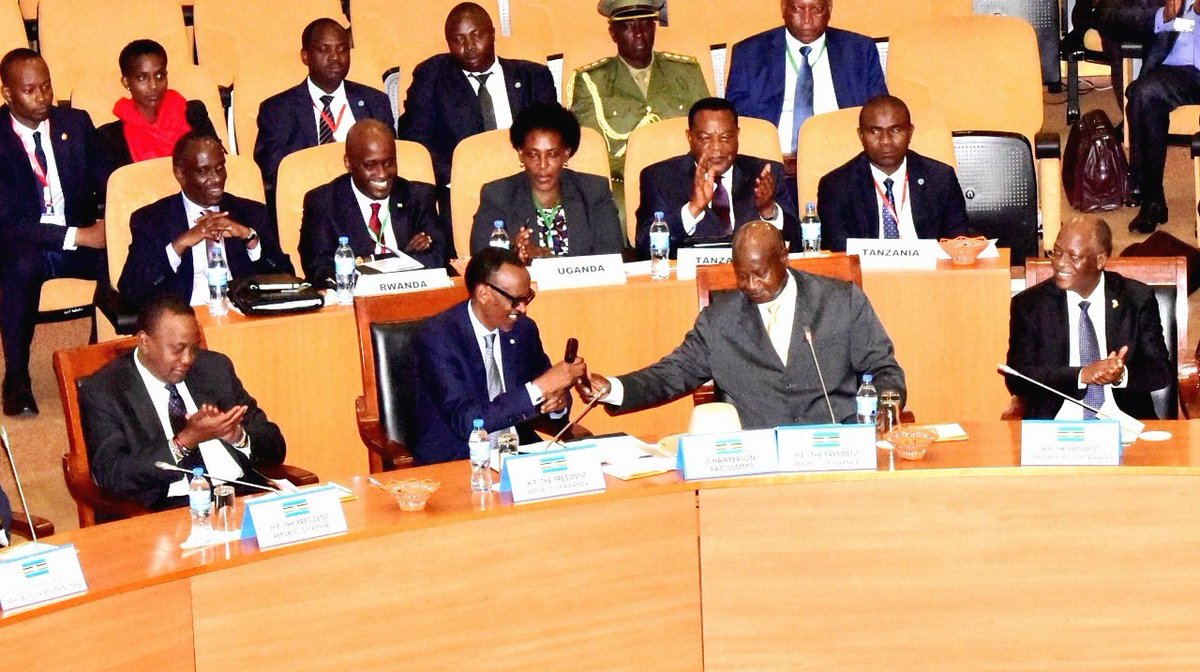 President Yoweri has returned from Arusha, Tanzania after attending the East Africa Summit where he also handed over chairmanship of the summit to Rwanda President Paul Kagame. This follows postponement of the summit from December 2018 after some member states failed to turn up due to political disagreements.

In a statement released by the President of Uganda, he said that, “I have handed the EAC chairmanship to His Excellency Paul Kagame this evening in Arusha, Tanzania.

I thank everyone who worked with me, especially the secretariat staff led by the Secretary General, since I was given the task in May 2017. I wish President Kagame success in his term”.

The President also thanked partner agencies such as the World Bank for help extended to him during his tenure saying, “For a long time, with other groups like the World Bank, we have been talking about private sector led growth. But private sector cannot come in if you do not solve high costs of doing business. I am glad that East Africa is waking up to this challenge.

We are now committed to tackling the four major cost pushers; electricity, transport, labor and money. We are building dams, constructing railways even though our biggest challenge is the cost of finance–we must fix that. Our labor is largely affordable.

I also thank my colleagues for entrusting me with the duty of supervising the process of building a political confederation. I commit to ensuring the team of experts chosen by the EAC to handle this task deliver on time”.

The term for a sitting chairman of the EAC runs for one year and held on rotational basis by the heads of state of member countries excluding South Sudan.