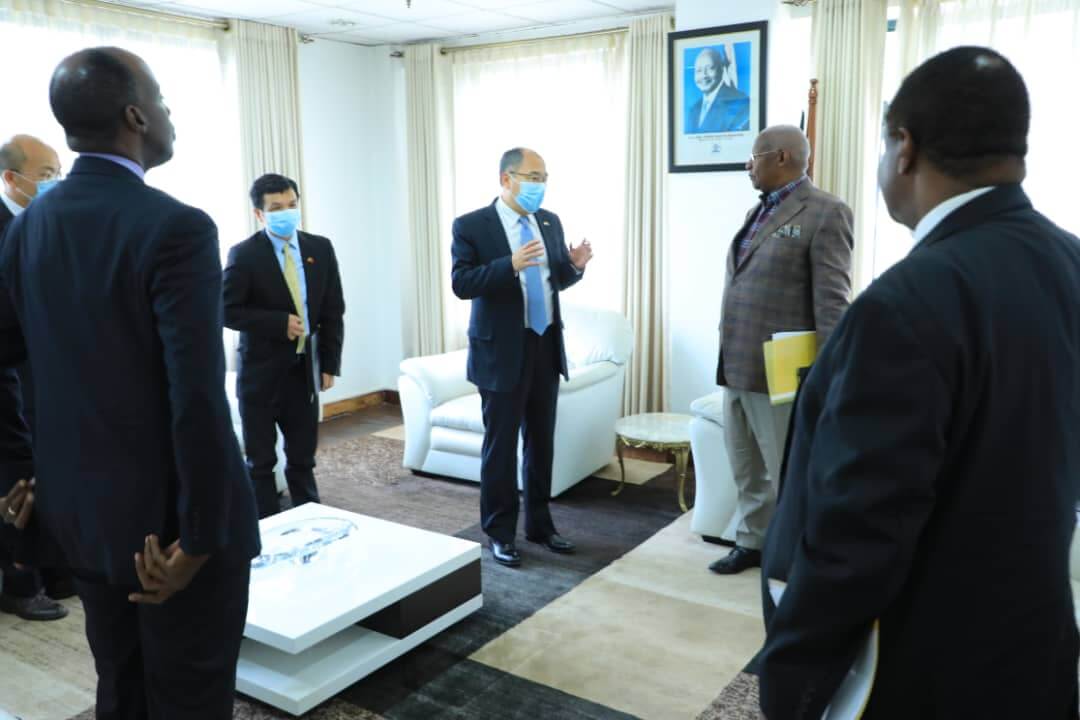 The Minister of Foreign Affairs, Sam Kuteesa has met with the head of the Chinese delegation Zheng Zhuquiang to discuss allegations that Ugandans in China are being mistreated over the Covid 19 pandemic.

Over the past few weeks, Ugandans living in China have raised concern that they are being mistreated in China, evicted from hotels and denied medical care. Pictures and videos have surfaced on social media of Africans on the sleeping on the street and others being unfairly treated.

The Minister called on the Chinese to intervene in the situation. Ambassador Zheng reiterated the commitment of the Chinese government to the people of Uganda and Africa and was taking steps to address the matter.

Uganda is a host to many Chinese Nationals and many Ugandans are also living in China for work and study.