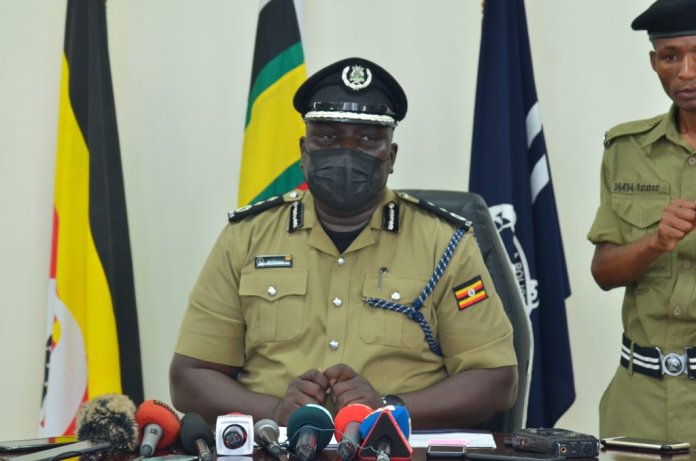 Security in Kampala is investigating circumstances under which a city plumber was randomly called by a group of people disguising as clients, directed him to a room and started torturing him.

The victim Brian Njuba was invited by the goons now at large at Lovely Guest House, located at Katoogo LCI, Gaba Parish in Makindye Division, where he was tortured and left for dead.

The despicable act of torture was recorded on video and posted on various digital platforms.

Fred Enanga the police spokesperson says the facts gathered so far, indicate that on the 26.03.2022, at around 10am, a one Njuba a 40-year-old plumber of Lungujja Rubaga Division, was invited for plumbing work, by a group of suspects who hired a room at Lovely Guest House

Upon arrival, he was called to Room 6, where the suspects immediately grabbed and stripped him naked.

He was viciously tortured, his testicles tied with ropes, the mouth gagged using stockings, and parts of his body burnt using a hot plastic jerrican.  They robbed his mobile phone and left him for dead.

The horrific act was carefully captured on video, where the faces of the assailants were concealed.

The recorder of the video only managed to display a yellow T-shirt with “NRM” at the back, to probably reveal that the assailants subscribe to the NRM Party.

“We have further established that the suspect’s details were not captured at the Guest House.  As a result, both the owner of the Guest House, called Mushabe Brian, and Namagembe Mercy, the duty attendant, were arrested for further investigation, for flouting the security protocols, on guest registration” Says Enanga.

According to Enanga, the victim clearly reveals, that he had zero connection with the strangers, which implies they completely chose him randomly, following adverts of his contacts on various poles and walls within the division.

“And even if it was not him, they would have called somebody else, whose contacts are openly displayed.  Their act therefore, could be a pre-medicated smear campaign for political reasons or otherwise” Adds police mouth piece.

The victim who was rushed to Mulago Hospital for further medical attention is progressing well.

“The experience he went through may haunt him for the rest of his life and his family as well”.

Police has cautioned all workers who go about their trades in isolation to take cognizance of such risks and start moving in pairs or groups.

“A serious manhunt for the suspects has already begun and we shall not rest until they are arrested and charged to court”.