Gun Violence at its Climax in USA 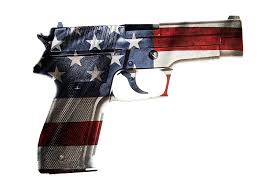 The amnesty international travel advisory has issued warning to all the people in the world of serious insecurity in United States of America due increased gun violence.

The statement that the advisory is meant to make clear to any person with intention to travel to the USA to be vigilant and look out for one’s life. 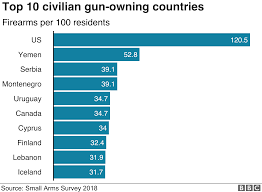 The warning reveals that there is ubiquity of firearms among the population of USA. “Avoid Places where large numbers of people gather, especially cultural events, places of worship, schools and shopping malls,” it reads in part.

It also cautions against visiting local bars and nightclubs and casinos in the USA.  Amnesty International travel advisory  reveals in the statement that depending on the travelers gender identity, race, country of origin, ethic background, or sexual orientation one may be targeted.

This warning barely two days after a mass shooting that left 31 dead. There was an attack on a Walmart store in El Paso, Texas on 3rd August 2019 left 20 dead, while nine died in a shooting in Dayton, Ohio on 4th August 2019 Sunday.

It should be noted that gun crime has been on the rise in the last decade at it hit a scaring statistic last year 2018, with over forty thousand people dying of gun violence.

According to a survey done in 2017, about 40% of Americans say they own a gun or live in a household with one, and the rate of murder or manslaughter by firearm is the highest in the developed world. The US tops all the developed countries in civilian arms possession, followed by Yemen and Serbia.