The hybrid financing scheme supported by Uganda Development Bank (UDB) and the Global Energy Alliance for People and Planet, and Electricity Regulatory Authority (ERA) has been announced for No-Pole electricity connections and will roll out effective 14th December 2022.

The framework launched by the Minister of Energy and Mineral Development, Dr. Ruth Nankabirwa Ssentamu took place in Kampala on Tuesday 13th December 2022.

While speaking at the launch, Dr. Nankabirwa stated that the costs for the No-pole electricity connection fees have been cut to enable ease of access and affordability. 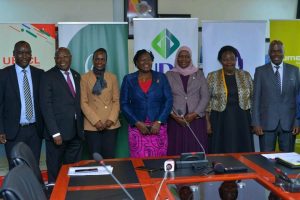 She added that the program will be rolled out by UMEME Limited and the Uganda Electricity Distribution Company Limited to customers as the piloting distribution companies.

According to Nankabirwa, under the scheme, a customer is only required to meet the cost for the inspection of internal wiring and the initial units of electricity said.

“This framework is sustainable given that it combines resources from the consumers, the Government, and the private sector relieving the heavy burden on both the Applicant and the Government,” she added.

The Minister encouraged potential customers to take advantage of this framework, stating that customers could either choose to pay the 470,000 fully or pay in installments.

“A customer can make a down payment of UGX 200,000 as a contribution towards their connection. The second proportion of UGX 270,000 will be taken as a credit line that will be recovered as a 15% proportion of every bill payment by the customer,” stated the Energy minister.

According to UDB, the financing partners, the credit will be given at zero percent interest.

Patricia Ojangole, Managing Director UDB said that through the framework, up to 550,000 households and small businesses are expected to be connected over the next five years, having 110,000 connections per year. 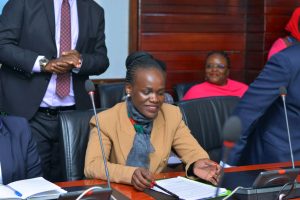 “The framework follows a sustainable and market driven approach which minimizes the dependence on grant financing in order for prospective consumers to access electricity connection,” Ojangole said.

She added that a total of 148.5 Billion has been committed towards the connections framework, making it 29.7 Billion annually for the next five (5) years.

Government has put up other programs to avail electricity to citizens and these include, GET ACCESS, and the World Bank Energy Access Scale-up Project (EASP) that will support access to electricity for households, refugees and host communities under the ECP framework that will finance 1,360,000 connections.