Several properties worth millions have been destroyed and one person severely injured as a result of the fire that gutted a store at Kisaba landing site in Kalangala District.

According to Police in Kalangala, the incident happened on 5th December 2022 at around 2:30pm. 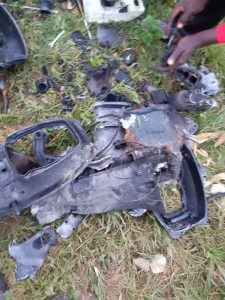 Police added that one person (name not disclosed) who was injured and is currently nursing wounds in hospital, has been working as manager at the store.

According to Police preliminary findings, the fire which burnt down the store could have been sparked by the fuel that was being kept in the store.

The owner of the store is identified as Horizon who has just come from Kakyanga landing site in Bufumira Sub-County, Kalangala District. 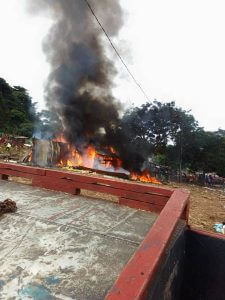 Police have urged the owner of the store and the residents of Kisaba landing site to remain calm as further investigations are being carried out to ascertain the real cause of the fire.

Fire outbreaks in Uganda cause serious damage and loss of lives every year. The most affected is the business sector especially schools, markets and stores as a result of carelessness by the owners, misunderstandings or land wrangles.

Views: 93
Previous article
SHACU to Bring Citizenry on Board to Curb Corruption A Head of Commemoration of International Anti-Corruption Day
Next article
OPINION: The Long Holiday Is Here; As Parents What Measures Have We Put Across To Keep Our Children Safe?