FDC in Trouble with Donors over Inflated Accountability 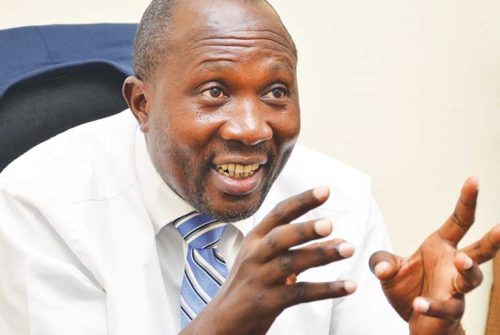 Forum for Democratic Change is pulling ropes with one of its principle donors following submission of inflated accountability by its secretariat with sections of forgeries.

In a letter written to FDC, Secretary General Nandala Mafabi, the Country representative for the Netherlands Institute for multiparty Democracy (NIMD) Frank Rusa  gave the party a period of one week to correct the anomalies.

The letter dated 25th June 2019, which Nandala has since denied to have received,   seeks to put the alleged anomaly concerns to the attention of FDC leadership.

Instead of following the procurement procedure of competitive bidding, the party officials opted for unprecedented methods of single sourced purchase.

According to NIMD’s Rusa, the Party did not stop at breaking procurement procedure but submitted inflated figures. They also disguised old items that they already had as newly purchased to get what Ugandans term as ‘enjawulo’ to mean extortion.

Rusa said that several items including laptops, cameras were bought from a second hand market but were labled as new to inflate the prices.

Rusa claims that FDC’s accountability indicates that they purchased some items from one place which they cross checked and found that actually the service providers indicated actually deal in totally different items from what the party claims to have purchased from them.

The party also provided inflated forged receipts to the disappointment of the donors.

Whereas Nandala denies to have received the letter from the donors, Explorer sources reveal that the FDC leader Patric Amuriat acknowledges receiving the letter.

Efforts to reach the FDC spokes person were futile but sources from the Party’s secretariat say that FDC is fighting to cover up the embarrassment the reason most of them are tight lipped on the matter.