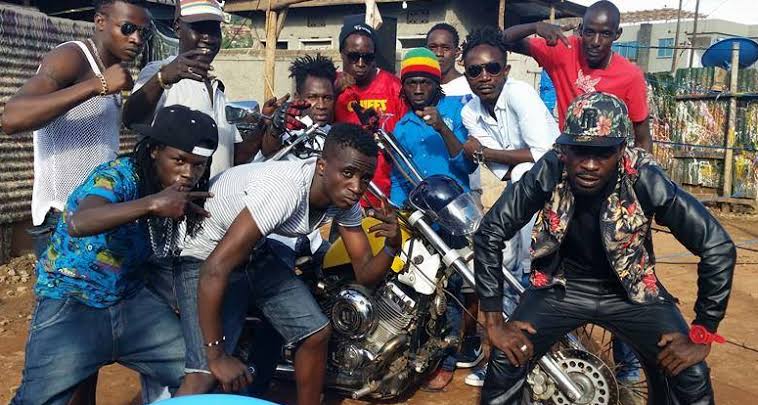 Members of the radical People Power misrata brigade are planning to violently disrupt the end-of-year celebrations next week. This is according to sources close to “Fire-base” a group that is closely associated with People Power. These sources attended a meeting in Kamokya, on the evening of the 28th December, 2019.

According to the sources, the meeting was organized by “Fred Ssentamu aka Chairman Nyanzi”. Also in attendance was Davido, Mr. Kyagulanyi’s brother-in-law; Johnnie and Julius Walakira Bobi wine brother.

The purpose of the meeting was to plan on how to disrupt the festivities of the end-of-year celebrations in such a way as to embarrass the State and security agencies.

Source revealed that the meeting approved plans to cause disruptions and mayhem at two places; specifically Sheraton Hotel where the instigators will disrupt the end-of-year parties famous for their fire-works displays.

The Firebase collaborators intend to disrupt the revelers in this place in such a way as to cause panic among the Special Forces Command soldiers guarding State House, Nakesero.

The Firebase people are hoping that SFC on seeing revelers running out of the Hotel gates and towards them at night, moreover during the fireworks display, will react with lethal force and thus cause the public to see SFC as having killed unarmed civilians and so hate the State.

The second target for the disruptions is the ‘Enkuka yo Mwaka” celebrations at Lubiri Bulange Mengo. This party is headlined by the Kabaka of Buganda and so any disruption will be a public spectacle that will embarrass the security agencies.

The Fire base crew intends to use some goons to beat up and rob revelers which will inevitably scare people into running out of the palace grounds during the celebrations.

True intentions of the attendees of the Firebase crew meeting which is really a section of the People Power political pressure group is to embarrass the State by demonstrating that they can cause major disruptions to popular shows even if the state’s security agencies have cleared the events to go ahead.

They are aiming to hold the organizers hostage for not supporting the lawlessness of People Power groups and individuals. They see the organizers as being law-abiding citizens and therefore insidiously supporting President Museveni.