Domestic Violence on the Raise in Uganda: What’s the Cause, Solution?

Domestic violence is on the raise across the country despite the presence of laws and policies to protect victims and survivors. Domestic violence is carried out through physical abuse, emotional, verbal, psychological and economic abuse, intimidation, harassment, provocation, and damage to property commonly by partners and ex-partners, immediate family members, step-parent, among others.

Reports indicate that most crime cases are attributed to domestic violence where women and children have been registered to be the main victims of the circumstances.

According to Police annual reports on Gender Based related cases, a total of 1,521 women were victims of rape in 2021, and by the end of 2020, a total of 10,844 cases of threatening violence were registered. 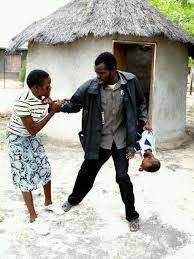 Statistics have shown that domestic violence is the most common form of GBV among partners and this has resulted in divorce or even death. By September 2022, the members of GBV had managed 4,513 incidents related to domestic violence that were reported in 13 refugee hosting districts in Uganda.

The Minister of Gender, Betty Amongi, while officiating at the launch of the 2022 sixteen days of activism against gender-based violence in Kampala on 24th November 2022 said that at least 223 women and girls succumb to gender and sexual violence every year.

Several debates have articulated that the imbalance of power between men and women is a root cause of domestic violence which has been a big contributor to divorce and death in the region.

The high cases of domestic violence have been accredited to overindulgence in alcohol by both men and women. Reports have indicated that over consumption of alcohol is a national problem. For instance, in 2018, the World Health Organization ranked Uganda among the top alcohol consumers on the continent. In 2021, each consumer of alcohol was projected to be drinking an estimate of 26 liters of alcohol per year. 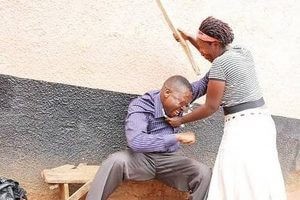 Covid-19 is another cause of the vice as many cases raised during the 2020 and 2021 lockdown as everyone was required to remain at home and only a few could work, not even children were going to school. This caused a lot of stress in families and increased domestic violence that resulted into committing suicide and other forms of death.

Parental depression or other mental health issues, a parental history of childhood abuse or neglect resulting from poverty have triggered domestic violence within the family and this has affected children in one way or the other.

What can be done to crack down domestic violence?

Much as there is a high rate of domestic violence in Uganda, there is much more that can be done by the authorities and every citizen to have the vice put to an end.

The vice needs to be highlighted just like those caused by accidents and childbirth-related complications so as partners can appreciate the severity of the problem and strengthen interventions. 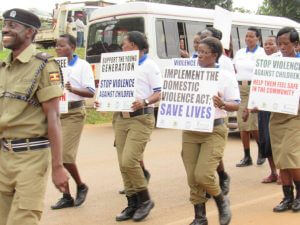 Empowerment of families to report the cases of domestic violence to authorities needs to be enhanced by increasing awareness on the magnitude of the problem and encouraging the victims to report to the relevant authorities so as justice is brought within homes.

The implementation of the National Alcohol and Control Policy that was formulated by the Ministry of Health in 2019 to guide all stakeholders in reducing the harmful use of alcohol needs to be strengthened.

Although the relevant parties are doing much to have domestic violence come to an end in Uganda, it requires joint efforts because gender-based violence is costing all Ugandans by slowing down progress of development.