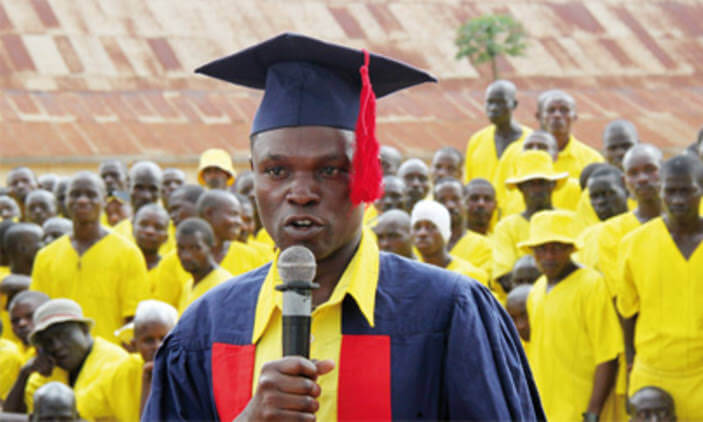 Sunday Bright Africa Gabula a former Treason convict was yesterday paraded before a Parliament committee where he made false allegations against the Internal Security Organization in an ongoing onslaught against the organization by opposition members of Parliament who accuse it of perpetuating acts of torture against certain individuals.

The allegations are wild and have ranged from the organization running illegal safe houses to having former criminals conduct torture against individuals held at the houses.

However if we are to take Sunday Africa’s word for its worth, we need to first at least have a brief history about him and why he is being used just like before by enemies of this government to discredit it and bring it down, something he had tried and failed miserably at since the NRM came into power in 1986.

Gabula Bright and the Law

The charge of treason constituted count one of the indictment, and that of misprision of treason in the alternative, count two. The particulars of count one were that the Appellant, his co-accused and others still at large between March 1987 and October 1999, in diverse places in Busoga and Nairobi, Kenya, contrived a plot and expressed the plot, by overt acts in order by force of arms to overturn the Government of Uganda by law established.

The particulars of the alternative count were that Gabula and his co-accused knowing that an organisation known as “Nineth October Movement” had been formed by Obote in Nairobi to overthrow the NRM government by force of arms, did not give information thereof to a Minister, administrative officer, Magistrate or a Police office in charge of a Police Station in Uganda.

Only the appellant was convicted of treason and sentenced to death, this was because the learned trial Judge found that the prosecution had proved to the required standard the allegations against Gabula.