Bobi Wine and the dawn of Political Hooliganism in Uganda 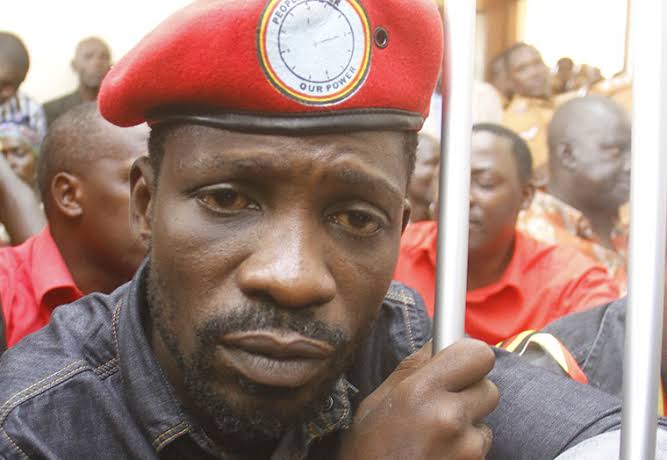 Events that culminated the long Easter Weekend came to an end with the Monday shambolic show down between Kyadondo East member of parliament Hon.Kyagulanyi Robert alias Bobi Wine and the Uganda Police Force after the musician turned politician’s Kyarenga extra concert was stopped by the police for failing to adhere to strict safety standards.

Bobi Wine was then arrested after he defied police instructions showing a pattern of political hooliganism that has characterized Mr.Wine’s philosophy in his struggle for power.

Political Hooliganism
Political hooliganism can be defined as a relationship between political and criminal “mob” collective action involving violence. Hooligans often comprise the Lumpen proletariat “scum” of society such as the poor, pickpockets, drug addicts, thieves among others.

Hon.Robert Kyagulanyi has adopted political hooliganism as the fabric of his brand of political philosophy and democracy. Mr.Wine under his people power pressure group leads a group of radical extremists, who are anti-democratic, intolerant and violent. The self proclaimed ghetto president has assembled a group of frustrated and angry hooligans, explosive individuals who bring their rowdy, dangerous and destructive actions to the central streets and whose collective violence is a danger  to members of the community for instance the 14th August, 2018 attack on the presidential convoy with the smashing of one of the president’s lead car by alleged people power activists. The exhibition of such violence and intolerance only paints a potrait of a tyrant should Bobi Wine ever get a chance at state power.

Hon.Kyagulanyi is of the view that political hooliganism is the only way to make it clear that it is time to address perceived popular unrest in the NRM government and the leadership of president Museveni.

In his politics of crime and violence, Mr.Wine is using less overt and less constructive forms among people with limited access to the beneficial weapons of the elite such as literacy education, relative financial stability and hope. What kind of overzealousness drives a mob to attack a presidential convoy?

Mr.Wine’s manipulation of the “ghetto youth ” is to exploit their marginal, articular attitude and hateful enigma to force political change against the establishment. The paradigm is deceitful and shaped around the narrative of Mr.Wine as a political messiah and liberator of the ghetto .

Frustrated and explosive displays of anger usually stemming from minor issues and indoctrination of harmful propaganda with Hon.Kyagulanyi driving his supporters into his fights with the police. For instance the police’s decision to stop the Kyarenga extra concerts after they failed to adhere to strict safety standards. These musical concerts have in the past been characterised by multiple incidents related to public nuisance due to overcrowding, public smoking of the illegal drug “marijuana “,violation of traffic rules, gang rapes among other vices that pose grave dangers to members of the community.

The intention of Bobi Wine at his musical concerts is often political with an aim of turning music into a political rally. Hon.Kyagulanyi also manipulates the predictable police Force with his philosophy that is shaped around police intimidation that often ends with confrontations aimed at grabbing media attention and public sympathy for political marks.

Failure to distinguish between activism and undisciplined acts of rage for instance the 2nd March, 2019 attack on col.Kizza Besigye’s vehicle by people power activists after the former presidential candidate left Masengere after a radio show on CBS.

The question remains, where is this approach taking Mr.Wine on the road to 2021.