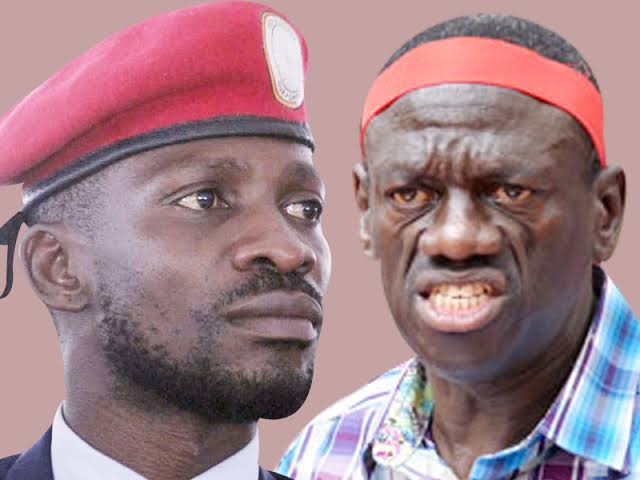 The Forum for Democratic Change (FDC) has dominated opposition politics since the return to multi party democracy in 2005.

The FDC is a brain child of the Reform Agenda Organisation which originated from the elect Kizza Besigye Taskforce in the 2001 presidential elections.The Reform Agenda was a number of parties that formally announced the formation of a new party FDC in 2004.

Dr.Kizza Besigye being a founding father of the FDC has dictated party affairs, shaped the ideology of the party and designed it around his beliefs. FDC is Dr.Kizza and Dr.Kizza is the FDC The institution and the party are two sides of the same coin and the institution of the party cannot survive without the individual.

Bitter losses suffered by Dr.Kizza in the four previous presidential elections have seen an emergence of a pattern of cynicism and negativity, like a cancer that is slowly killing the FDC.

The ideology of radical activism known as the defiance campaign that emphasizes the politics of the street and aggression is deceptive and hardly provides a building brick for the FDC.

The FDC under the stewardship of the retired Colonel has hardly taken time to formulate a political ideology with concrete policy alternatives to the ruling National Resistance Movement (NRM) and the presidency of Mr Museveni. The ideology of defiance is simply focused on regime change with no objectives to what it is going to do for Ugandans if it ever wins State power.

The lack of a uniting ideology also saw the party suffer internal wrangles that led to a bitter split. Disagreements in the strategy and tactics for taking the struggle forward saw the likes of Gen.Mugisha Muntu, Hon.Alice Alaaso,Dan Mugarura among others quit the FDC for Alliance for National Transformation.

The ideological differences stemmed from Dr.Kizza’s advocacy for defiance as opposed to Muntu’s new formation that believed in gradual process of acquiring power through building capacity at the grassroots.
This bitter split was inspired by Dr.Kizza’s cynic belief in the ideology of defiance and radical activism.

Dr.Kizza Besigye has made clear, his intentions to contest the 2021 presidential elections as flag bearer for the FDC.Dr.Kizza is of view that he is the only undisputed champion of the Opposition thus automatic slot as the outright opposition candidate come 2021.Besigye has been FDC’s candidate against Mr.Museveni in the last four elections.

Bitter losses have seen Dr.Kizza lose faith in the capacity of the electoral commission to stage a free and fair election. Besigye has become cynical and he once stated that,”it is impossible to win an election that is being controlled by Mr.Museveni”.

Besigye has been accused of despising democracy after standing four times in elections that he claims are not free and fair.
Besigye has also been constantly telling Ugandans that elections won’t remove Mr.Museveni from the presidency.

The perpetual presidential candidate clearly knows that he cannot win an election with Mr. Museveni on the ballot thus as a gesture of statesmanship would better step aside and give other political actors in the FDC a chance to contest an election that the Doctor clearly believes that he will not win.

Conspiracy theorists have also suggested a hypothesis that Mr.Museveni has mastered his political finesse and game thus will do anything to ensure that Besigye participates in the 2021 presidential elections in order to divide the Opposition vote.

Besigye constantly plays the role of the bitter loser; for instance explaining his self imposed exile after defeat in the 2001presidential election,”I left in order to be politically active rather than being behind bars or six feet under as had been threatened.

“The same threatened Kizza Besigye returned to Uganda in 2005, contested the 2006 presidential election and lost miserably with an outright land slide victory for the NRM and Mr.Museveni. In February 2011, after another bitter loss, the retired Colonel resorted to colourful rhetoric and sloganeering with the infamous”walk to work” protests,a campaign against what he considered poor economic conditions yet his business interests such as his Total petrol stations were thriving.

In 2016, another bitter loss returned rhetoric and sloganeering, this time with a defiance campaign dubbed as “the Tubalemese ” campaign of civil disobedience,an effort to bring the government to a quick and unceremonious end.

Dr.Kizza further went ahead and created a hypothetical government he named the “people’s government” and committed an act of treason by swearing in himself as the president of his hypothetical government.
The bitter losses suffered by Dr.Kizza have crippled his leadership skills leading to cynicism and negativity that is catastrophic for the FDC.

Dr.Kizza’s individualistic belief that he is bigger than the institution of the FDC,a narrative that has been promoted by many enchanted members of the FDC.This individualism has undermined the presidency of Mr.Patrick Amuriat with all due respect, the party president is a mere puppet of Dr.Kizza. Many members in the FDC believe that Besigye’s candidature as presidential hopeful is the only formidable challenge against the presidency of Mr.Museveni. This has denied many FDC cadres a chance of providing an alternative to Dr.Kizza.

In the FDC,a challenge to the supremacy of Dr.Kizza is considered subversive, one of the issues that led to the bitter split and the emergence of Gen. Mugisha Muntu’s new formation and consequently the Alliance for National Transformatiob party.

The individualism of Dr.Kizza also explains the collective inability of the current FDC leaders in and outside Parliament to offer a coherent leadership.

Dr. Kizza Besigye has decided to express his cynicism against some political newcomers. He has failed to prioritize his political foes.

Dr.Kizza accuse Gen.Muntu of fanning divisionism within the Opposition.

Political new comers like Gen.Muntu and Bobi Wine are political gamblers who will slice into FDC’s support base and cripple the number of its members in the forthcoming Parliament.

This comes at a time when many members are taking notice of Besigye’s cynicism and the harm it is doing to FDC.

The FDC is sitting on a time bomb that will inevitably explode and throw the party into oblivion.

Failure to nurture and attract political talent, over reliance on Dr.Kizza and poor political orientation coupled with ideological skepticism will spell doom for the FDC. It will die an imminent death.

Fare the well, a once vibrant party that history will judge for having failed to deal with bitter losses, internal wrangles and the split and emergence of ANT.

What is very clear is that FDC under its current quagmire leadership and poor direction, chances that it may ever capture political power are zero.