Uganda has been ranked 4th worldwide for opening its borders and giving a home to asylum seekers and refugees from all over the world.

According to a report published by the United Nations High Commissioner for Refugees, 1.5 million refugees have found a resting home in Uganda after being displaced across different borders.

Uganda follows counties like Turkey with 3.8million refuges, Germany hosting 2million people and Colombia with 1.8million people. Most people have run to these countries after the Russia- Ukraine war erupted.

Uganda is currently welcoming refugees from Congo running away from the attacks of the M23 rebels in Bunagana Congo border and over 2000 Congolese nationals have crossed to Uganda from since May 2022.

The country has a policy for opening doors for people seeking protection for their lives from countries like  Sudan, Burundi, Afghanistan to mention but a few.

According to the law under the Refugee’s Act of 2006, Government gives a settlement approach where land is given to refugees for a home and a place to start a new life.

Uganda allows refugees freedom of movement, the right to work, establish a business, own property and access national services, including primary and secondary education. 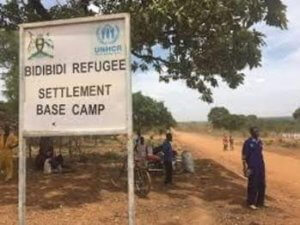 The Country’s biggest settlement refugee camp is Bidibidi refugee camp in Yumbe district found in the Northwestern part of Uganda. It covers 250 square kilometers of the eastern part of Yumbe stretching southward from South Sudan.