Stephen “tWitch” Boss, the famed DJ on Ellen DeGeneres’ talk show died at an LA hotel on Tuesday night 13th December 2022 from a suicide by a gunshot to the head. The 40-year-old dancer was found in the bathroom of his motel room at the Oak Tree Inn in Encino, California state which is just a 14-minute walk from his home.

Stephen Twitch was famously known for his 8 year tenure as a successful DJ at the Ellen DeGeneres show which had millions of viewers across the world until its end in May this year. He was also a successful dancer, TV show host, and actor who appeared on several dance shows like “so you think you can dance”, “Step Up” movies among others.

Following the tragic news, Stephen’s wife, Allison Holker Boss spoke out about his uplifting spirit even amid his own internal struggles. The 34-year-old went on to praise the “Ellen DeGeneres Show” DJ for his “positive impact” and “legacy” that she and their three children will forever hold on to. 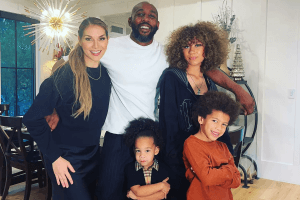 “It is with the heaviest of hearts that I have to share my husband Stephen has left us. Stephen lit up every room he stepped into. He valued family, friends and community above all else and leading with love and light was everything to him. He was the backbone of our family, the best husband and father, and an inspiration to his fans,” Allison said.

Stephen and Allison married in 2013 and the couple had just celebrated their 9-year anniversary this past Saturday before his untimely death.

May his soul rest in peace.