A total of 227 members of the opposition Forum for Democratic Change and National Unity Platform from Kasese district, western Uganda have crossed to the ruling National Resistance Movement (NRM).

The new NRM recruits were received by the minister of Information Technology and national
Guidance who is also the NRM National Vice Chairperson for Western region Hon Dr. Chris Baryomunsi at a function in Kasese town yesterday.

Minister Baryomunsi says the people of Kasese district which has been an opposition stronghold until the last general elections have realized that it is no longer helpful to just keep in opposition to government. 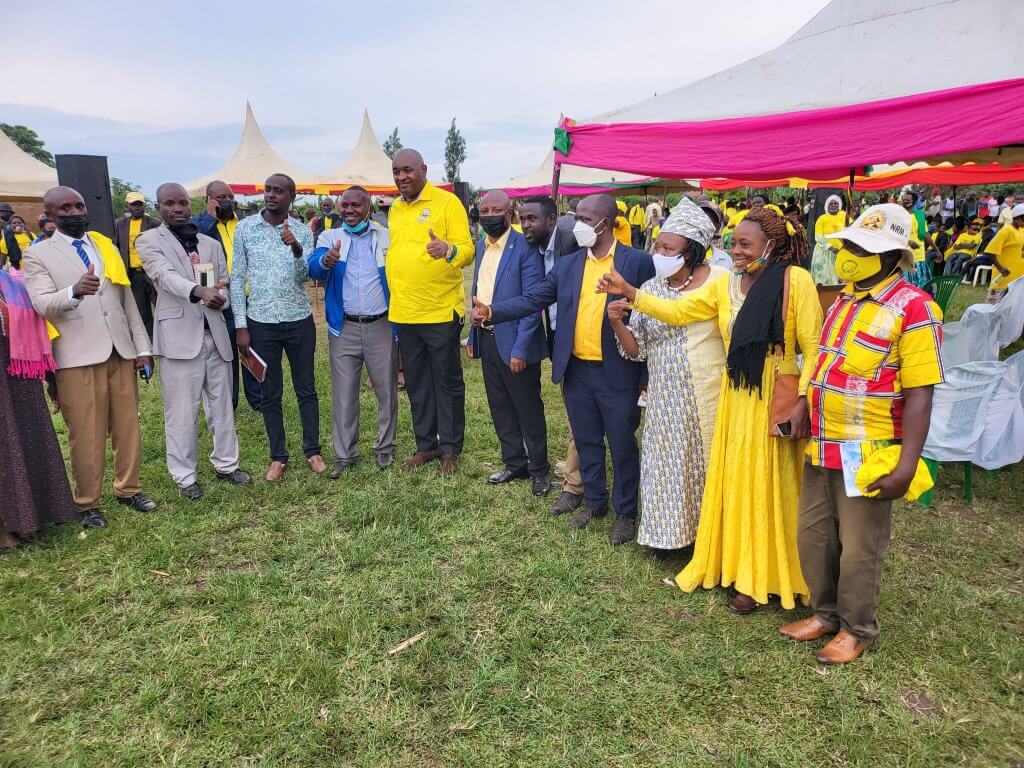 “The yellow revolution in Kasese is on. Well done Kasese ” Dr Baryomunsi said.

In 2016, Kasese District overwhelmingly voted for the opposition Forum for Democratic Change-FDC candidates. The party also had strong representation at the lower local governments.

However, the party performed poorly in the 2021 elections. It lost three MP seats to the NRM party.

The NRM party also won the LCV seat and majority positions in other lower government positions by overwhelmingly taking the majority of councillorship positions.

NRM have 44 councillors in the council out of the 68 in the district . The members include 29 directly elected and 13 women elected councillors.

Political pundits explain that the return of NRM at the helm of leadership in the district will help in getting the attention of the President and hence attract government programs.

Views: 16
Previous article
Integration Of EAC Is A Matter Of Life And Death, Museveni Says
Next article
Uganda’s Oil & Gas To Deliver Ugandans Out of Poverty, Spur Development