“Ziggy Wine” and the Politics of Opportunism in the Opposition 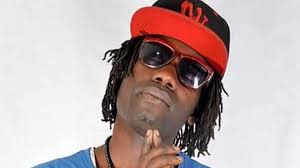 Social Media is awash with theories relating to the death of a one Micheal Kalinda aka ‘Ziggy Wine’ a late aspiring musician who died in Mulago hospital from a number of injuries inflicted upon him by unknown assailants. The circumstances of his death are still a mystery, however the nature of it, is unfortunate given the pain he must have endured under his captors and that which his family must be going through.

They allege that ‘Ziggy Wine’ falls in a long line of people associated with Bobi Wine that have either been kidnapped or arrested in the past by authorities and as such, he too must have been kidnapped and tortured by the said authorities as part of political persecution.

This theory is regrettable at this juncture seeing that there is no evidence whatsoever to support the claim. For one the family of the deceased is still mourning from the loss of a loved one and the police have announced an investigation into the cause of the death and as such it would be insensitive to discuss the matter at such length without considering the emotional pain to the bereaved family.

Most political actors and mainly in the opposition seem not to be bothered about this violence precisely because they tend to be secondary beneficiaries to this vicious violence.

Many People power activists are known to be rowdy, law breakers and as such many have had run ins with authorities ending up in jail and many have been previously been aligned in court to answer to similar charges. What makes the late ‘Ziggy Wyne’ any different that he had to end up tortured leading to his death, if not to steadily build a narrative against the regime to gather sympathy votes and backing from the public?

The response of Bobi Wine and his army of social media trolls to this incident is yet another attempt at self victimization which has become typical of their campaign ahead of the 2021 general elections. The legislator has taken it upon himself to always appear wherever there is sorrow. Only last week, he clashed with fellow MP Gilbert Oulanya at a burial where the latter accused him of seeking popularity at occasions that didn’t need politicization.

In the words of political Analyst Charlse Rwomushana, “To recap and in brief, the late Abiriga’s seat was declared vacant out of violence. Wadri is a secondary beneficiary and or consequence of violence. Now that the Kyagulanyi group deployed (Kasiano) Wadri as their anchor in West Nile, they are both a consequence and secondary beneficiaries of the violence on the late (Ibrahim) Abiriga. My guess is that the funeral of this singer will be political and some actors will be secondary beneficiaries of this vicious violence. You look at them and you think they are mourning with the loved ones of the deceased. Not at all. .. It’s another mode of politics. It’s violence modeled politics”.

Ugandan security agencies don’t use torture as means of extracting information from suspects, their exist a number of avenues through which suspected criminals are treated and handled including holding in police cells and subsequent aligning before courts of laws. We always reap what we sow and surely, the opposition that harvest from this garden of violence that they have so keenly irrigated.