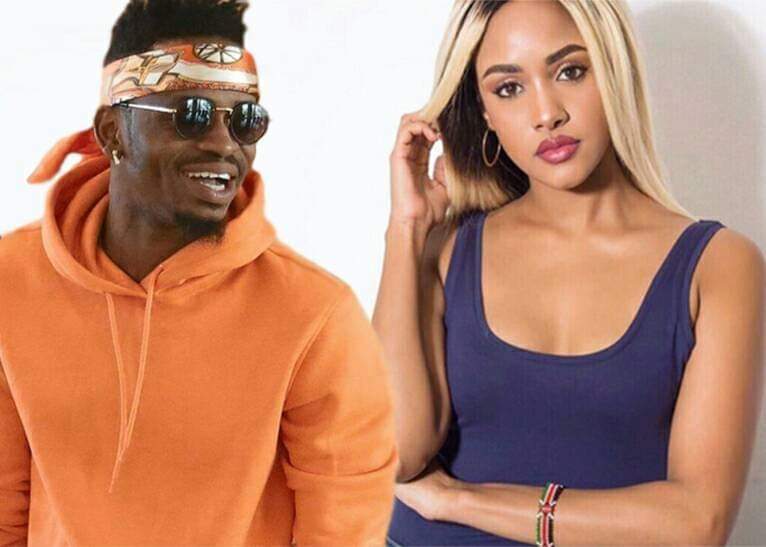 Tanzanian Bongo flava star Diamond Platnumz has announced that he intends to marry his new girlfriend, Kenyan beau Tanasha Donna Barbieri Oketch who also goes by the name Zahara Zaire, 9 months after divorce with Zari Hassan.
The singer, made his first public appearance with Tanasha last Saturday at the Jomo Kenyatta International airport (JKIA) when he jetted for a performance in Thika, said he won’t wait long before marrying the lass.
In an interview with explorer news, Diamond revealed how after being dumped by his baby mama Zari Hassan nine months ago, he approached several women on the possibility of marriage but non of them took him seriously except for the NRG radio presenter Tanasha, who also happens to be hunk actor Nick Mutuma’s ex-girlfriend.
Zari, who bore two children with the musician, announced the divorce to her 3.6 million followers on Instagram on Valentine’s Day accusing the 28 year-old Diamond of ‘constant’ infidelity.
“There have been multiple rumours some with evidence floating around in ALL SORTS of media in regards to Diamond’s constant cheating and sadly I have decided to end my relationship with Diamond as my respect, integrity, dignity and well being cannot be compromised,” Zari stated.

Diamond confessed that many women were hesitant to marry him due to his past relationships. Many felt he would use them and later dump them.
But Tanasha didn’t judge him, despite his dirty past, but rather welcomed the idea of getting married to him with a lot of seriousness.
“Tanasha is the only lady who showed me some seriousness on the (marriage) idea and I now officially announce that I am marrying her.” Diamond said.
The singer went on to heap praise on the radio presenter, stating that he was not only attracted to her beauty but manners as well.
She got all the qualities of a woman any man would wish to marry. Many of us men only focus on the physical attractiveness of a woman, body shape among other things, which she got as well, but what convinced me more and attracted me is her good manners” Diamond added.