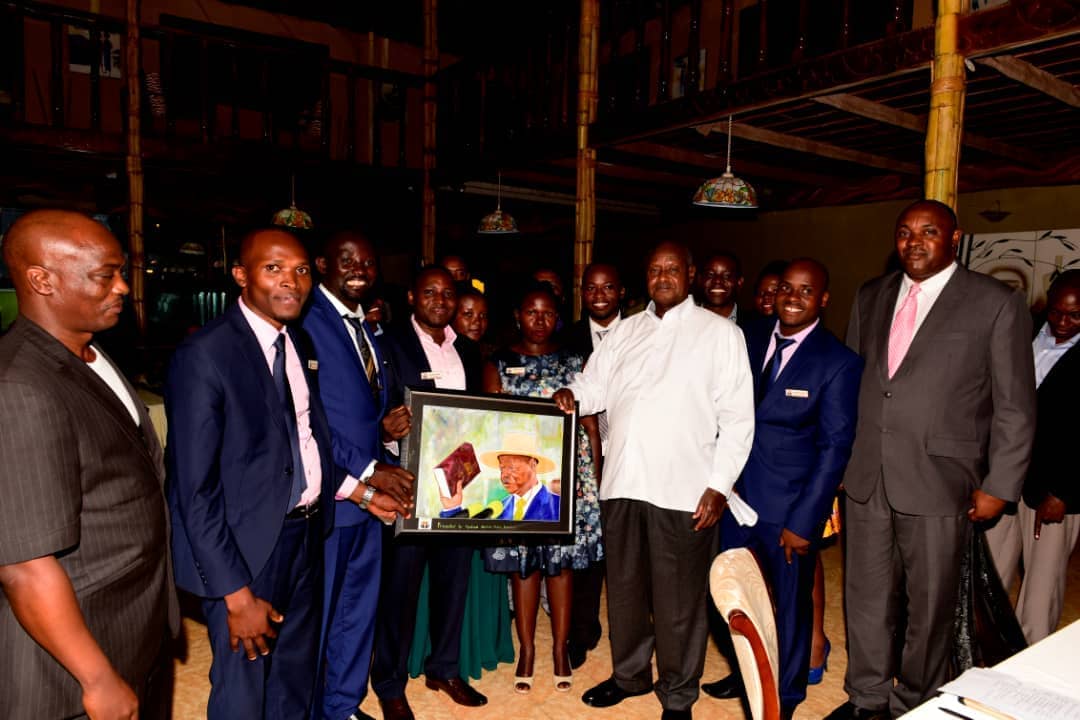 Excitement is high in Kanungu district as leaders prepare to host President Yoweri Museveni who will be visiting the district Dec 21st 2018.

President Museveni will be in Kanungu District to preside over the ground breaking of construction long awaited 78km Rukungiri -Kanungu which is going to be constructed by Chinese Company and also commission several projects top on list is the Kanungu Youth Development Association (KAYODEA) in conjunction with Kanungu District Youth Council and the switching on Kanyantorogo Hydropower sub Station to boost the National grid electricity.

The president is also expected to interact with some selected groups which have been in existence and also later have private meetings with some local residents.

To avoid a repeat of what happened in Rukungiri , when several organisations were formed puporsely to benefit from President Museveni generosity some of which were briefcase organisations, Uganda Women Parliamentary Association (UWOPA) has toured several groups in the district to ascertain their authenticity ahead of the President’s visit.

UWOPA was led by its coordinator Lamuno Mary and accompanied by Kanungu Woman MP Hon Elizabeth Karungi among others and they visited women groups which recently received funding from UWOPA in Kambuga, Kanungu, Butogota and Kihihi Town Councils.

Some of these groups are engaged in Zero grazing , agriculture, handcrafts making and group savings.

Lamuno said that they appreciated the Women Groups in Kanungu which received funding because it has been put to good use.

However , controversy still reigns on the Fish Pond breeding project located in Kihihi Town Council which was initiated by KAYODEA after President Museveni met them last year in May and pledged to fund it to the tune of Ugx 850 million.

After meeting members of KAYODEA at MacKinnon Suites in Kampala, President Museveni said that he was happy about the project and directed State House Comptroller Lucy Nakyobe Mbonye to implement the project .

However on learning about this development, Kanungu District Male Youth Councilor Eliab Nasasira, complained that KAYODEA was Kampala based youth organization and therefore the management and monitoring of the fish project should be managed by youth leaders in the district.

This was after Kanungu District Council handed over 5 Acres of land at Meizimera in Kihihi Town Council where the project is located.

Nasasira and his group urged that KAYODEA told the President when he announced the release of funds that the project would benefit the youth in Kanungu but it later turned out that they might divert the funds.

However KAYODEA chairman Godfrey Nuwagaba assured that they had no intention to divert the funds and went ahead to include some members of Kanungu District Youth Council and Councilors at all local governments in the district.

The project being one to be commissioned by President Museveni on Friday has left leaders divided , some supporting KAYODEA because of initiating the project and attracting the president’s eye to fund it while others want it under Kanungu District Youth Council who are leaders of all youth in the district.

But Nuwagaba said that as KAYODEA , they are not bothered about having combined management for the project for puporses of continuity and sustainability , but want the youth leaders to appreciate that it was KAYODEA initiative to have the multimillion project brought to Kanungu.

However an insider from Office of the President who visited the Fish Project site ahead of President Museveni visit but who asked not to be named , said that they have recommended that the project be managed by both KAYODEA and Kanungu District Youth Council on win – win basis where by the former will provide 5 members to join the latter on the 10 man management committee.

By the time of filing this report , it was not yet clear if the recommendation had been granted .