Why People Power Opportunists will Struggle to Win Power 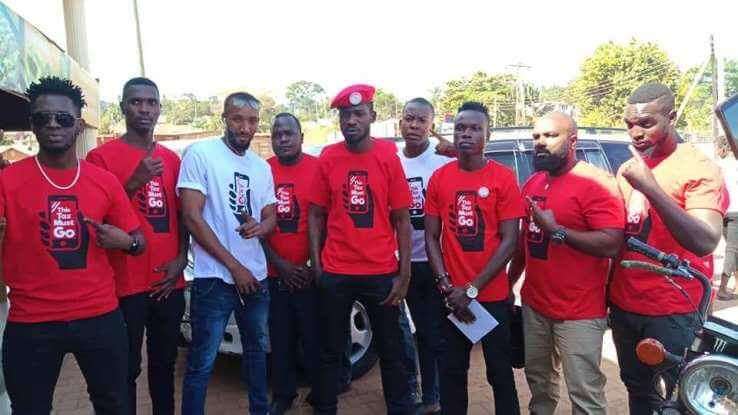 Uganda’s opposition force has proven that it is myopic with no straight forward agenda spelt out to bring Government’s excesses to light.

People Power Movement is a complete case in regard to this. Its political approach mannerism well elaborate its protégé status far from attracting a formidable support with a national character.

Its brand of violence and their pride in uncouth behavior of looting and intolerance is a picture People Power members goes painting around.

Fred Nyanzi Ssentamu aka Chairman Nyanzi the elder brother to Bobi Wine, while recently appearing on a local Television station made statements which incited violence, fear and intimidation among the public.

He said People Power Movement is planning a violent protest in the aftermath of the 2021 upcoming General Election which will definitely, judging by what’s on the ground, won’t be in their favor.

Nyanzi further called on Ugandans above 18 years to get National IDs so as to be able to vote People Power.

The political ground is levelled but People Power seems to have failed to mark its boundary.

Political observers have cited out that opposition politicians, instead of finding their political ground, are busy sowing the seeds of violence rather than highlight policies that will gain them citizen confidence.

Fact is they haven’t gained any pinch of public confidence as the ruling party. They have failed to convince the people with viable alternatives that the NRM hasn’t provided, if any.

To date, the number of registered voters has increased to 17million of the 24 million Ugandans.

The likes of Nyanzi should know that in the 2021 election, Bobi wine supporters will have to share his votes among all the Opposition candidates.

For the Presidential election, a contender needs 6,120,000 of the 12million votes.

The NRM Government’s development strides and President Museveni experience is the capital Uganda prides in.

While People Power and other opportunist opposition politicians think they can rally youths through violent means to capture power, Ugandans have shown they are not ready to lose anymore through hopeless battles.