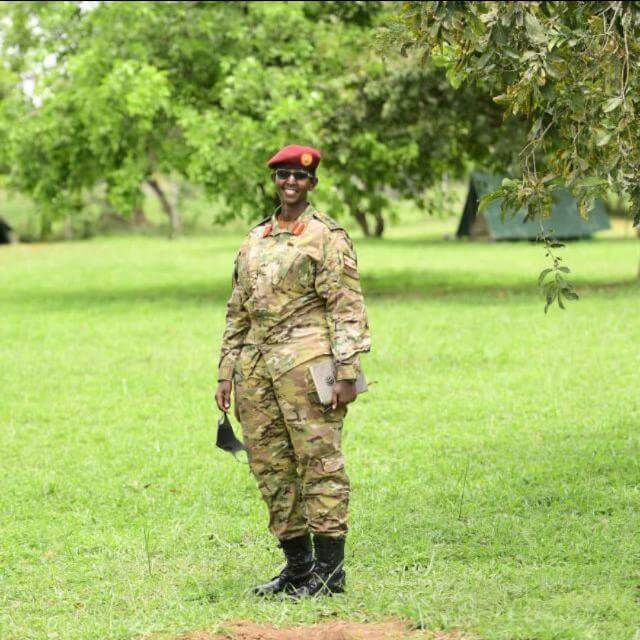 On April  12th 2022, the Commander in Chief of the armed forces, President Yoweri Museveni, made promotions and appointments in the army.

Charity Bainababo the UPDF representative in the 11th parliament was among those promoted and appointed to new offices.

Bainababo was promoted to Brig General and was appointed Deputy Commander of Special Forces Command (SFC).

She now replaces Brigadier Felix Busizoori who was appointed as the acting commander of Special Forces command after Brigadier Peter Chandia the commander was sent for a year’s course at Uganda national defense college Jinja.

Brig Gen Charity Bainababo started as the ADC (Aide-de-camp) and head of security of First Lady Hon Janet Kataha Museveni who is also the minister of education and sports.

Last year, in April, while at the rank of lieutenant colonel, Brig Gen Charity Bainababo was among the 1300 officers that president Museveni promoted.

Gen Bainababo was hereafter promoted to the rank of colonel, and one year later she was elevated to the next rank of Brigadier General.

She still holds the position as the Police Presidential Guard (PPG) commander, a police unit under the Special Forces Command whose role is to provide security to the First Lady/ first family, very important persons and key security installations in the country.

Previously, she has indicated that she was inspired to join the forces by her father a former police officer and the desire to fight injustice she had seen when her father was stuffed in the boot of a saloon car by rowdy youth during past regimes.

Many see Brig Gen Bainababo’s promotion as UPDF’s right path to professionalization of the force and recognition of the women’s role in serving the defense forces.