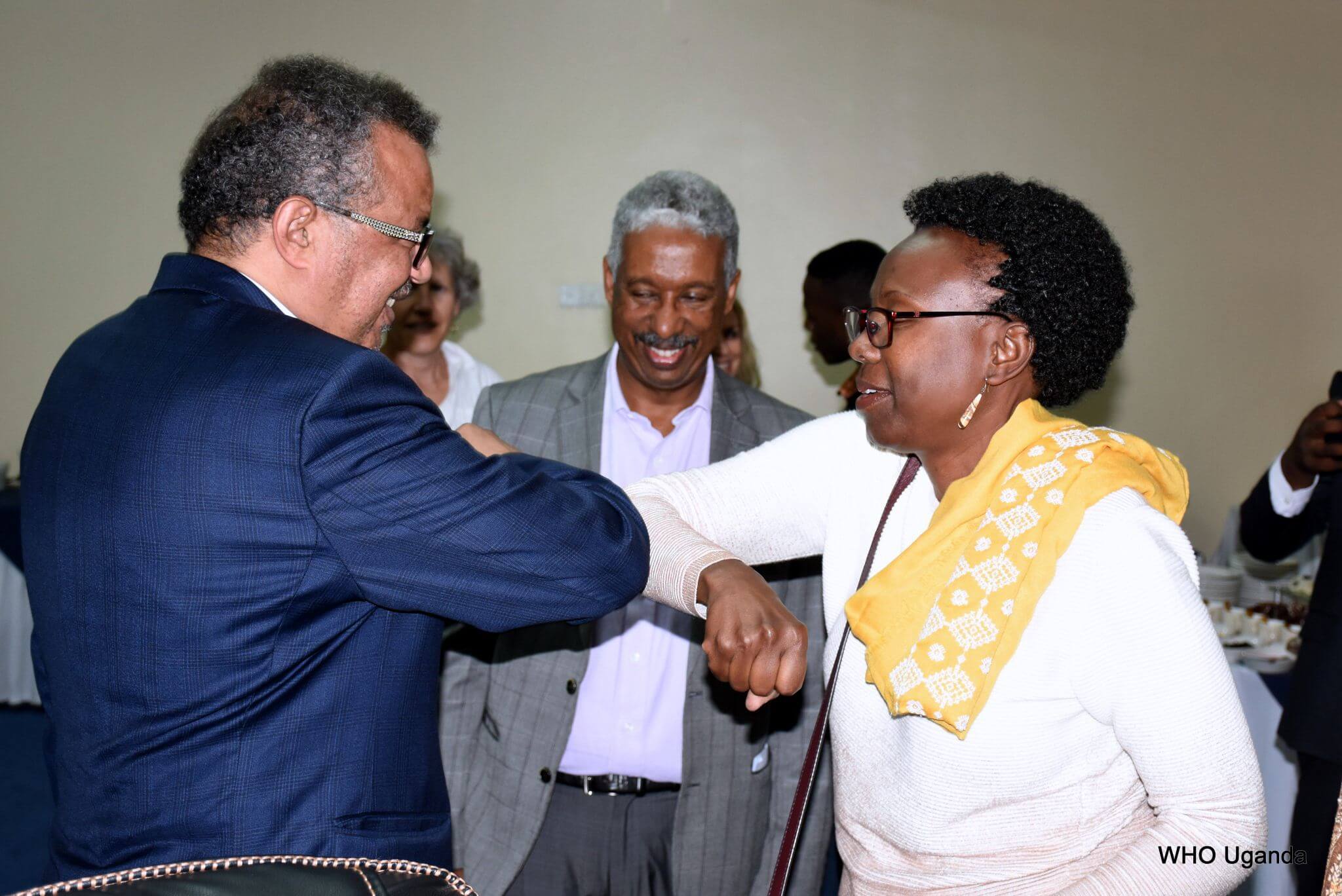 Dr Tedros was echoing what President Museveni had said earlier that Government has already prevented the spread of Ebola virus “just like it has been to control terrorism over the years.”

He  made a stopover in Uganda on his way from the Democratic Republic of Congo (DRC) on Monday where he visited the Ebola hotspots, Butembo and Katwa.

He was received by the Minister of Health, Hon. Dr. Jane Ruth Aceng and her team Mrs Rosa Malango the UN Resident Representative, Dr Yonas Tegyn the WHO country Representative to Uganda and Dr Lisa Nelson, the Director CDC Uganda. He pledged continued support.

“From our side, I would like to pledge that we will continue mobilizing global and regional support to control this outbreak as soon as possible. It is not clean until the outbreak in DRC is finished,” he said.

Dr. Aceng said the transition from a preparedness to a response mode was not difficult given that the Ministry had invested in ten months of preparations to handle any eventualities.

Uganda, as of today, has no confirmed case of Ebola. Two suspect cases were under isolation in Bwera Ebola Treatment Unit as of Sunday 16th June. One of the suspect cases tested negative for Ebola and has been discharged, while results of the other suspect cases are pending.

Ministry of Health remains on high alert and appeals to the public to remain calm and co operate with the response teams on the ground.