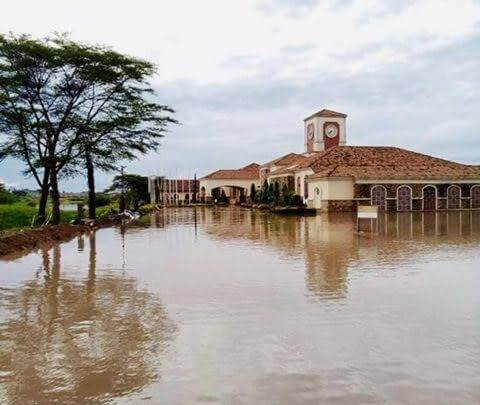 Over the past few months, reports have been trickling in of rising water levels around major water Bodies in Uganda. Videos of flooded houses and landscapes have awash on social media, with hotels and beaches being swallowed up by the ever rising tide.

Last month, a large chunk of land drifted dangerously towards Nalubale dam, blocking the inlets for the turbines and disrupting electricity supply in the country. The floating islands where formally gardens that later broke off the mainland.

The rains in the country have been consistent since last year and the dry season shortened in the same period. Lake Victoria and other water Bodies in Uganda are basins and fill up with supply.

Human settlements had taken advantage of the declining levels of the basins in the last decade due to climate change. Many people disregarded government orders not to encroach on the wetlands but they didn’t listen.

Now the chickens have come back to roost. The cries to government cannot be any more ironic. The damage has been done and the lake seems to hitting back with rage.

Lake Victoria for one is at its highest levels for 60 years. The outlet at Owen falls dam cannot compensate for the increase meaning that if something has to give, it will be encroachers.

The tide is not expected to change and forecasts predict that the rains will only increase as so will the devastating effects of sea rise.

It is therefore prudent that the communities heed to earlier calls to vacate the basins and retreat their advances. They can’t wait for government to intervene as this is exactly what the government has told them all along.